BBC Sports Pundit Mark Lawrenson has issued a grim prediction over Southampton’s prospects ahead of their weekend clash with Manchester United.

The Saints infamously suffered an acrimonious 9-0 defeat at Old Trafford last season and host the Red Devils knowing their impressive 5-1 demolition of arch-rivals Leeds United will buoy them with confidence.

Southampton’s 3-1 opening day defeat against Everton after taking an early away lead was not the start ralph Hasenhuttl’s side would have wanted upon their return back to topflight football for the new season, but there have been recent positives.

Equally, an opening goal from Adam Armstrong will undoubtedly have served as a major confidence-booster for the new signing getting a taste of Premier League football as a main squad option for the first time.

Despite traumatic memories of recent clashes with United, there are points of optimism for Southampton – though Lawrenson did not translate positives into a favourable prediction for the Saints.

The BBC pundit believed the sale of Danny Ings and Jannik Vestergaard will guarantee a difficult campaign and backed a comfortable 2-0 United victory as he urged the board to spend.

He said to the BBC:

“The scoreline won’t be anything like [the 9-0 score] this time, but the points are heading for Manchester again – whether Paul Pogba plays as well as he did against Leeds last week, or not.”

“I would never normally be worried about Southampton facing a relegation fight, but things are not looking great for them right now after losing two such key players from their spine in Danny Ings and Jannik Vestergaard.

“Saints have to spend some of the money they got for them on strengthening their team – otherwise, it looks like it is going to be a tough season for them.”

Given the quality of United’s squad, as exemplified in their Leeds opener, a victory was always going to be difficult.

Lawrenson’s prediction is rooted in fairness, and Southampton should expect a tough test against unfavourable opposition.

Will either Armstrong score against United? 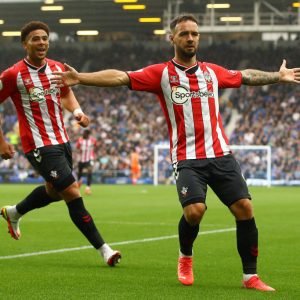 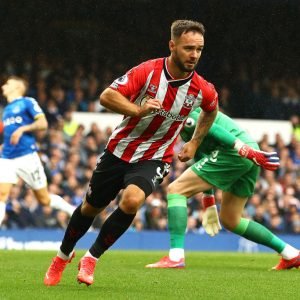