Former referee and pundit Keith Hackett has delivered a hammer blow to the current roster of officials after Southampton were denied a rightful penalty.

Manchester City and the Saints saw out a goalless draw, but the game was anything but devoid of drama.

City defender Kyle Walker and Saints forward Adam Armstrong collided in the box close to the hour mark, with the Saints both awarded a penalty kick and a numerical advantage with Walker sent off for a last-ditch tackle to deny a clear scoring opportunity.

However, VAR soon overturned that decision following a check from referee Jon Moss on the field.

Saints fans were sure to be left disappointed with the decision, but can find some consolation in Hackett after his comments on social media, as shared by the Daily Echo.

The Sheffield-born 77-year-old – who has refereed FA Cup finals and international tournaments – backed up the club and felt they were hard done by as a result of the officiating.

On Moss’ decision, he said:

“Nothing to change my mind that VAR should not have intervened.

“It was a penalty kick for sure. I initially was going to be kind to Walker by suggesting yellow.

“Frankly he did not make an attempt for the ball so referee got it right PK and red. VAR completely wrong, it was not clear and obvious.

“A poor weekend for referees and over-indulgent VAR.”

What is done is done, and Ralph Hasenhuttl and his side will need to waste no time rueing what could have been at the Etihad.

As a consolation, a clean sheet and a deserved point from the reigning domestic champions is no mean feat, and the Saints should hold their heads high after their display.

Did Southampton deserve a penalty? 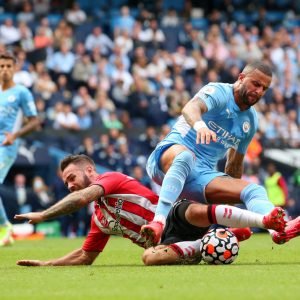 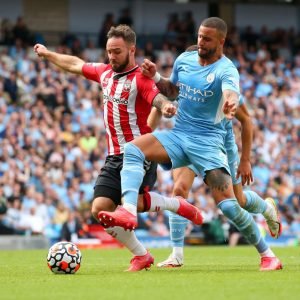