The journalist issued a trademark statement in which his signature ‘here-we-go’ declaration, indicating that a deal is concluded, could be said with certainty ‘soon’.

Numerous reports, including those from the Telegraph, have indicated that Southampton have opted to cash in on Vestergaard as he entered the last year of his current Saints deal.

Direct Premier League rivals Leicester City have seen a deal accepted in the region of £15 million as Brendan Rodgers’ side looks to bring in cover for Jonny Evans and long-term absentee Wesley Fofana.

In a potential disappointment to fan beliefs, a separate update from Sky Sports has indicated that a second source has claimed Southampton will receive a lower fee than the reported £15 million sum.

Separately, Romano claimed a ‘deal [is] now in place’ between the clubs with personal terms expected to be agreed ‘soon’.

Following this, Dan Sheldon of The Athletic has since claimed that Vestergaard will undergo his medical today ahead of this move with personal terms agreed.

Romano’s update is a reliable indicator that Vestergaard has played his last game for Ralph Hasenhuttl’s side.

Fortunately, Southampton already have established centre-half options in Jan Bednarek, Jack Stephens and Mo Salisu on their books, meaning there is no immediate depth crisis.

That could cause Saints chiefs to sanction the reinvestment of some of the proceeds into other areas of the pitch.

The 29-year-old starred for Denmark in six outings at the European Championships over the summer, averaging 2.8 aerials won per game – though his 6.79 WhoScored rating suggests an average level of performance.

Regardless, Vestergaard made 32 appearances in all competitions for Southampton last season in a consistent, tell-tale sign of his importance to the Saints. He could prove to be a notable loss.

Will Southampton bring in a new centre-half? 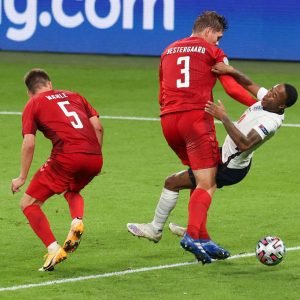 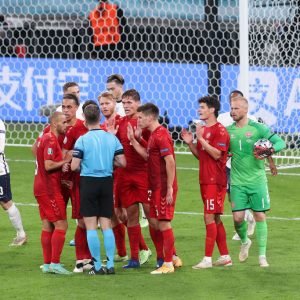