Southampton confirmed on Tuesday evening that Adam Armstrong has completed his move to the club, with the Saints taking to Twitter to broadcast the news.

#SaintsFC is delighted to confirm the signing of striker @AdamArma9 on a four-year deal from @Rovers: (@SouthamptonFC)

Shearer played out Armstrong’s career journey to date in reverse, with Shearer starting out in the Saints’ academy before high-profile moves to Blackburn and Newcastle, with Shearer winning the Premier League at Blackburn.

Given both men’s similarities and their Newcastle roots, Shearer was full of praise and encouragement for Armstrong after the attacker completed his move.

The ex-Newcastle prospect joins Chelsea loanee Armando Broja in reinforcing the club’s striking options, with the teenager announced as a signing earlier on the day.

Twitter: #SaintsFC is delighted to announce the arrival of @armandobroja9 on a season-long loan deal from #CFC: (@SouthamptonFC)

The striker penned a four-year deal at St. Mary’s and was unveiled in a series of glossy montages and interviews in which the agile forward expressed his delight at joining Ralph Hasenhuttl’s side.

According reports from the Chronicle, Southampton have paid £15 million to secure Armstrong’s services as they looked to bring in another home-grown striker to replace Danny Ings.

Crystal Palace were also in the race for the 24-year-old but were unwilling to match Blackburn Rovers’ valuation of the striker.

Shearer taking time out to hail the move is a fantastic endorsement from one of the Saints’ most accomplished academy prospects.

Whether Armstrong can fill the void left by Danny Ings’ departure and the legacy of Shearer is a separate ballpark – hitting the ground running and shouldering the scoring burden is a more immediate priority for the former Rovers star. 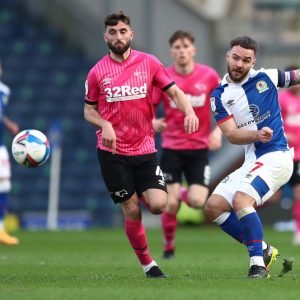 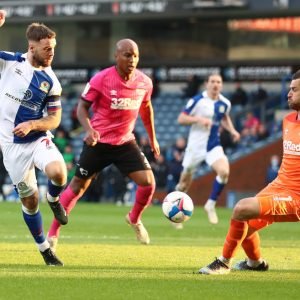