Southampton have courted controversy ahead of England’s Euro 2020 semi-final clash with Denmark at Wembley.

The south coast club took to Twitter on the morning of the semi-final to wish Saints defender Jannik Vestergaard well ahead of the clash between the two nations.

The club urged Vestergaard to ‘do his thing’ for his country in reference to his defensive abilities, accompanied with a red heart emoji.

The accompanying graphic did represent England, with Southampton academy product Luke Shaw – who has held a starring role for England in the tournament – clearly visible along with the Saints defender.

Although he did not make the final England squad, Southampton striker Danny Ings boasts experience playing for Gareth Southgate’s side in the past.

There is nothing fundamentally heinous in wishing Vestergaard luck, but the caption of the post reflects poorly on the club.

The Saints’ south coast roots and long legacy of producing home-grown talents for the national side offers plenty of reason to believe most Southampton fans are likely to be cheering on the Three Lions.

With no direct reference to Southampton-associated England stars past or present, the post gives the impression of going against the grain of most Saints fans.

Against the backdrop of one of the nation’s most poignant sporting events in recent decades, for Southampton to post support for a rival side to England on the cusp of a major semi-final is a social media faux pas.

Were Southampton wrong to endorse Vestergaard? 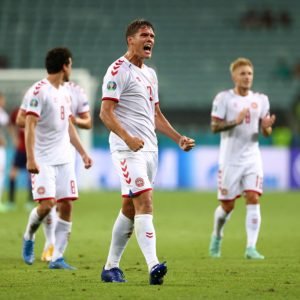 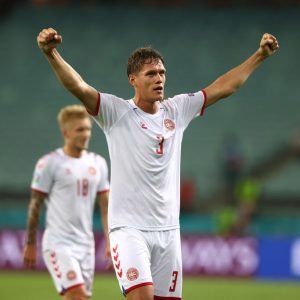