Southampton has issued something of a self-deprecating joke at the club’s home-grown star James Ward-Prowse.

The Saints captain, who was recently included in Gareth Southgate’s provisional Euros squad, was modelling the club’s newly launched 2021/22 season home kit when one actor launched a joke at the midfielder.

Southampton have enjoyed a good working relationship with Liverpool and have frequently developed talent that then went on to star for the Merseyside club.

The summer window of 2014 marked the first flashpoint of major business between the two sides when the Reds secured a triple signing from the Saints.

Bookended by that period 7 years ago were deals for the likes of Peter Crouch as well as Liverpool mainstays Sadio Mane and Virgil van Dijk.

Unsurprisingly, transfer dealings between the two sides is something of a running theme – but Ward-Prowse was less-than-amused by the gag sent his way.

During the video shoot showcasing the sleek new kit, an actor asked: “So, how come you haven’t had the call from Liverpool yet?”

Ward-Prowse wryly shook his head but subtly hinted at the all-too-familiar legacy between the two clubs in the transfer market.

It’s a shame Ward-Prowse did not lighten up as much as fans would have hoped, but it goes to show the relationship is not lost on the players.

More recently, even the captain’s England compatriot Danny Ings is part of that enduring legacy – though more exceptionally, Ings went from Anfield to St Mary’s and not the other way round. 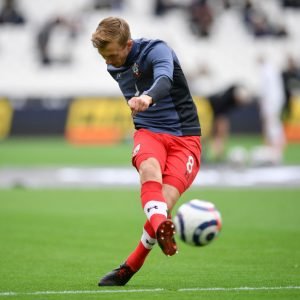 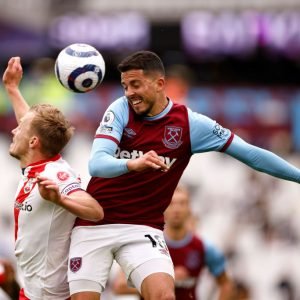