Angus Gunn could face off against Norwich City next week with Stoke City.

The Saints goalkeeper, who sealed a temporary move to the Potters late in the domestic window, has made four Championship appearances so far.

He’ll be looking to make his fifth start in a row under Michael O’Neill this weekend, aiming for a third clean sheet.

Ahead of the clash next week, Gunn, son of legendary Canaries stopper Bryan Gunn, refused to rule out a return to Norwich in the future.

Speaking to the Eastern Daily Press, cited by the Daily Echo, Gunn said:

Obviously growing up one of my dreams was to play for Norwich and I’ve managed to tick that off and do it – but at the same time you can never see the future.

At the moment I’m at Stoke, on loan from Southampton, it’s a great opportunity for me to try and get some more game time in the Championship this season and get back to that sort of rhythm where you’re playing week in, week out, and you’re getting that feel-good factor.

When it’s stop-start it’s hard to do that and, at the moment, this is a great opportunity for me to do that.

You can never tell the future and it’s obviously the club I grew up supporting, so sometimes, these things happen…

Southampton, in our view, need to be careful with their stance on Gunn.

He’s still just 24 years of age, with current Saints ‘keepers Alex McCarthy and Fraser Forster both in their 30’s.

Forster has also been linked with a return to Celtic, so, to us, there’s every chance of Gunn having a long-term future at St Mary’s.

Norwich, should they secure an immediate return to the Premier League, may well be in the market for a new ‘keeper, with Tim Krul turning 33 next April.

Gunn could be an option for the Canaries should he impress for Stoke this season, but in our view, Southampton need to be cautious when it comes to making a call on his Sains future.

Do you think Gunn can be Southampton's number one in the future? 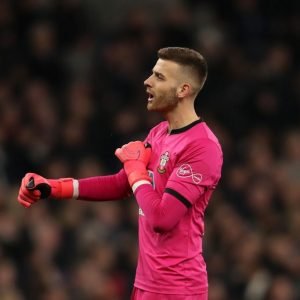 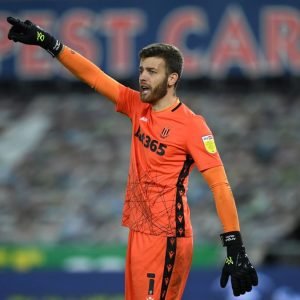