Southampton were heavily linked with a move for Celtic midfielder Olivier Ntcham over the summer.

Ralph Hasenhuttl added four players to his squad during the recent transfer window, and that could’ve been five if the club pushed through a deal for the 24-year-old.

Reports claimed the Saints revived their interest in the player in recent months, with top-flight rivals Everton and West Ham also keen.

However, Ntcham remained at Celtic Park, with reports at the beginning of September revealing Southampton backed out of the race for Ntcham’s services.

Ibrahima Diallo became the club’s marquee midfield addition late in the window, and the club’s decision to pull out of the running for Ntcham has proven to be a shrewd one based on the Celtic ace’s recent form.

The Frenchman was non-existent for Neil Lennon’s side in the Glasgow derby defeat to Rangers last weekend, eventually being replaced shortly after the hour mark.

His 5.78 WhoScored rating was the worst out of all 30 players to feature at Celtic Park, and his overall season-form hasn’t been much better.

As per WhoScored, the Frenchman is the Hoops’ second-worst performer this season behind striker Patryk Klimala (players to have made five or more Scottish Premiership appearances).

Ntcham has featured in all 10 of the Hoops’ league encounters this season, whereas Diallo has only just made his Saints debut.

Southampton fans have only seen Diallo in action for a matter of minutes, as he helped the club seal a draw with Chelsea last time out

The 21-year-old will now be hoping for a lengthy run in Hasenhuttl’s side, looking to show just why the club forked out £11million on his services ahead of Ntcham. 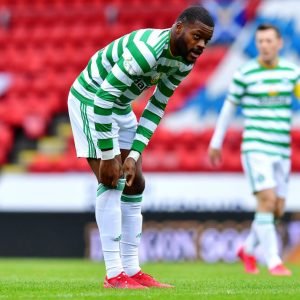 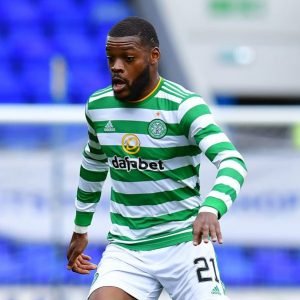