Ralph Hasenhuttl has settled on Alex McCarthy as the club’s first-choice gaolkeeper.

The 30-year-old has featured in 58 of the club’s last 81 Premier League fixtures, with Angus Gunn sealing a season-long loan move to Stoke City on deadline day.

That leaves Hasenhuttl with McCarthy and Fraser Forster at St Mary’s, with the latter making just one top-flight appearance for the club since the 2018/19 season.

It appears to us as if Forster, now 32, isn’t seen as a long-term fix on the south coast, and we feel as if the club could strike gold by landing former target, Marco Silvestri over the coming months.

The 29-year-old was attracting interest from the Saints prior to the summer transfer window, however, a move failed to materialise and the Italian remained with Hellas Verona.

Silvestri, who left Leeds United in 2017, was recently rewarded with a first international call-up following his fine form and has improved on his 2019/20 displays this year.

He’s recorded a Serie A WhoScored average of 7.10 in the opening four games of the campaign, up from a 6.79 rating last season.

Silvestri has outperformed McCarthy over the last 18 months, according to WhoScored.

The Saints shot-stopper recorded a 6.71 rating for the 2019/20, a score which has dropped to 6.38 in the opening fixtures of the current campaign.

Landing Silvestri in the New Year would certainly provide some fierce competition in between the sticks for Hasenhuttl, which could then lead to major improvements for both ‘keepers.

It remains to be seen if the club is still tracking the Italian ahead of a future move, however, based on his recent performances, his potential arrival would only add strength to the club’s goalkeeping department.

Do you want to see Southampton sign another goalkeeper? 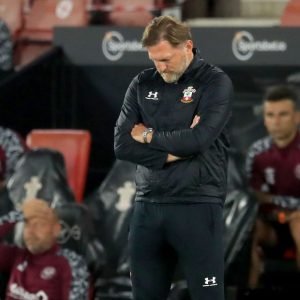