Southampton manager Ralph Hasenhuttl delivered a double injury blow ahead of the visit of Chelsea on Saturday, confirming that Kyle Walker-Peters and Theo Walcott will miss the clash.

The duo were touch-and-go for the Saturday lunchtime kick-off at St Mary’s, but Hasenhuttl confirmed during his pre-match press conference (via Sam Inkersole) that both players would be absent.

Twitter: Ralph Hasenhuttl confirms Kyle Walker-Peters is out of the game against #CFC on Saturday, as is Theo Walcott. (@Sam_InkersoleTM)

Walcott has been sidelined since picking up a knock against Aston Villa, whilst Walker-Peters limped off with a hamstring problem during last weekend’s defeat at Wolves.

Southampton have been plagued by injuries recently and have duly plummeted down the table. Having briefly reached the top of the table earlier in the season, a losing streak of six Premier League matches has now left the Saints languishing in 13th position.

Hasenhuttl can’t catch a break on the injury front and the direct impact on results is evident for all to see.

Losing Walker-Peters and Walcott, who have 34 league appearances between them this season, is likely to be a significant setback to the Saints’ chances of getting a result as they welcome a resurgent Chelsea side.

Ultimately, this injury crisis has only served to highlight the lack of depth in the squad at St Mary’s, an issue which must be addressed over the summer transfer window. 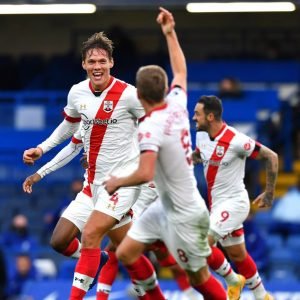 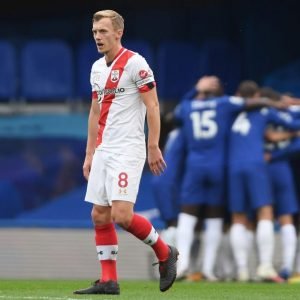