Southampton ended Everton’s unbeaten start to the season on Sunday.

And plenty of fans were full of praise for midfielder Oriol Romeu for his display at St Mary’s.

First-half goals from James Ward-Prowse and Che Adams sealed the win for The Saints, who moved up to sixth in the table following a third win in four and a third clean sheet in four.

Ralph Hasenhuttl stuck with his 4-4-2 formation, bringing in Stuart Armstrong for Theo Walcott due to the latter being illegible to face his parent club.

Romeu, who has started every game under Hasenhuttl this season, recorded a WhoScored rating of 7.28 against The Toffees – up from the Spaniard’s season average of 7.04.

The 29-year-old has struck a solid partnership alongside Ward-Prowse in the heart of the midfield, with the pair winning the midfield battle against Everton’s Gylfi Sigurdsson, Allan and Abdoulaye Doucoure.

Twitter: Diallo is a seriously good player and him and Salisu will improve the team, not just the squad. Romeu has been abso… https://t.co/MfbrHFOCpH (@saintbannerman)

Twitter: @saintbannerman Romeu was immense yesterday. Great performances from all, but he stood out for me. (@PaulSimpson107)

. Leaves nothing on the pitch. (@TheMarkTalbot)

Twitter: Appreciation tweet for Romeu. Been with us 5 years now, always given his all even when in and out of the team. Has… https://t.co/WfbgSsLMOw (@glennvardy)

Twitter: @glennvardy Quietly consistent. Can go under the radar. On of the nicest players in football. (@cloudedyellows)

Romeu is indeed out of contract on the south coast at the end of the current campaign, however, if he continues his fine start to the season, an extension may well be on the table over the coming months.

Would you offer Romeu a new deal? 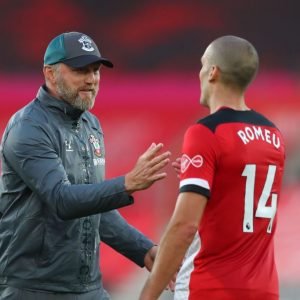 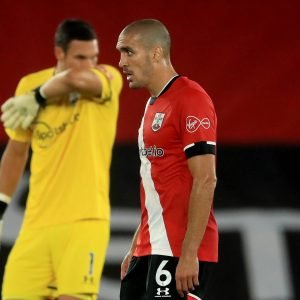