Southampton host Everton on Sunday afternoon, looking to stretch their unbeaten run in the Premier League to four games.

Kevin Friend will be the man in the middle for the meeting at St Mary’s, and that official confirmation hasn’t gone down well with several Saints supporters on social media.

Friend will be assisted by Simon Beck and Eddie Smart, with Steve Martin the fourth official. Simon Hooper is the man trusted on VAR duty, and will no doubt be called upon at some point on Sunday.

Ralph Hasenhuttl’s side are looking to make it three wins from four against Carlo Ancelotti’s table-toppers, following a dramatic draw with Chelsea last weekend.

The Toffees were also involved in late drama last time out, coming away from Goodison Park with a point against neighbours Liverpool.

The news regarding Friend’s appointment made its way across social media during the week, which led to these Southampton fans giving their thoughts on the official news.

Twitter: @SaintsExtra The premier leagues worst referee or Pompey fan, he is definatly one of the two. (@DarrenW74628086)

Some decided to share their frustration in GIF form.

Twitter: Me hearing that Kevin Friend has been appointed referee for Southampton vs Everton this weekend.. #SaintsFC
https://t.co/MRworcM9UV (@SouthamptonPage)

Do you think Friend is the worst referee in the Premier League? 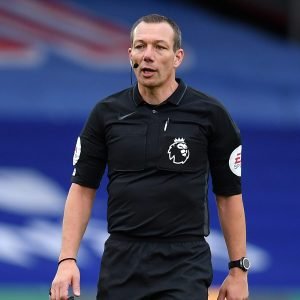 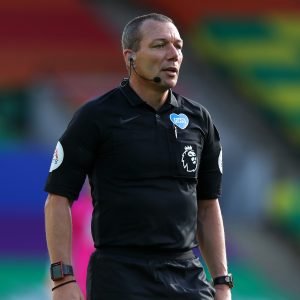