Jannik Vestergaard has been in fine form this season, which has led to plenty of praise from several Saints supporters on social media.

The 28-year-old, who was heavily linked with a big-money move to Leciester City over the summer, helped Denmark to a 1-0 UEFA Nations League win over England on Wednesday.

Vestergaard came on for the final 18 minutes at Wembley, keeping up his record of not conceding a single goal for either club or country this season.

The towering defender, who has featured in 225 minutes of Premier League action, also ranks in the top three Premier League players for heading duels won per 90, with Sheffield United’s Oli McBurnie and Newcastle’s Andy Carroll the only players to have averaged more.

Vestergaard’s excellent displays have caught the eye of these Southampton fans, who have had this to say on the defender’s season displays.

Twitter: So Vestergaard having a haircut has really changed the way he plays. Looks calm and collected since coming on for D… https://t.co/ldFWTuQa2p (@SouthamptonPage)

Twitter: @SouthamptonPage Adjusted to PL now and showing his class. Theo will help others from abroad to do the same (@AtkinsonRobin52)

Twitter: Vestergaard conceding a combined 3 goals in his last 9 games ranks him as the best defender in Europe for goals con… https://t.co/Tk9uEdn8XD (@ScottWSFC)

Twitter: Jannik Vestergaard has not yet conceded a single goal this season, for both #SaintsFC and Denmark.

Twitter: I don’t want to get carried away but no goals conceded by Denmark in this latest international break. The Vestergaa… https://t.co/KXC3tgulfd (@ATH_93_

Vestergaard man, what an improvement this season. https://t.co/CtMfJbs8kB

Twitter: @TheTrueFraudie He’s been phenomenal but a 6 foot 7 he really should be winning most aerial duels (@sfc_maxi)

The praise heading Vestergaard’s way is certainly deserved. He’s averaged a WhoScored rating of 7.37 this season, up on his previous score of 6.82 from the 2019/20 campaign.

Featuring in two out of Denmark’s three wins will also do his confidence the world of good, and Saints supporters will be hoping his rich vein of form can continue this weekend at Stamford Bridge.

Has Vestergaard been Southampton's best player so far this season? 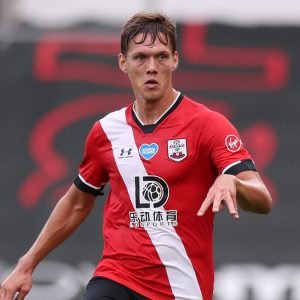 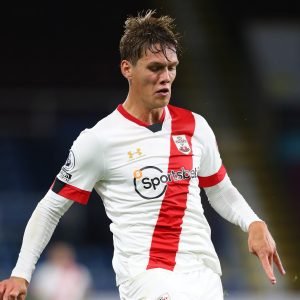