Southampton midfielder Alex Jankewitz has been away on international duty with Switzerland’s Under-21 side.

The 18-year-old came on as a substitute in the 3-0 wins over Georgia and Liechtenstein and has been on the lips of several Southampton supporters in recent days.

The teenager is reportedly on the radar of both Barcelona and Parma, who are thought to be monitoring his situation closely.

Jankewitz, who can play as a defensive, central or attacking midfielder, is currently under contract at St Mary’s until 2022 and is continuing to make good progress in the international fold.

These Southampton fans have recently had their say on the midfielder, with plenty wanting Ralph Hasenhuttl to hand the youngster a first-team opportunity sooner rather than later.

Twitter: @TheSaintCentre Was a baller on my fm save so yes definitely (@DylanNinnis)

Twitter: Good to see Jankewitz, 18, getting minutes for Switzerland u21 in Euro qualifiers. #SaintsFC https://t.co/5SClP7rCAh (@sfc_kristian)

Twitter: @RustyRL Bright spark of our academy at the moment. (@sfc_kristian)

Twitter: I wanna see Alex Jankewitz get some game time this season (@Callumbrewer10)

Twitter: @lucyhighnett Head and shoulders ahead, a few others I reckon could be good but with less PL2 experience (Chauke, O… https://t.co/sXfEAdt32K (@sfc_kristian)

Twitter: if the interest in jankewitz from other clubs is geniune, which i think it is, we should really look to start promo… https://t.co/yYCyltzeS0 (@djenepomagic)

Jankewitz, who joined the Saints from Swiss side Servette in the summer of 2018, was an unused substitute in three Premier League fixtures last season.

And if these Saints supporters get their wish, the teenager won’t have to wait too much longer until he represents the club at first-team level.

Do you want to see Jankewitz in the first-team squad? 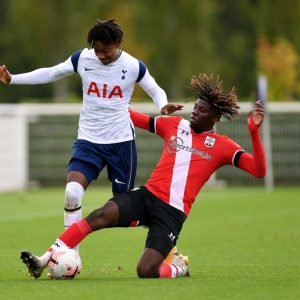 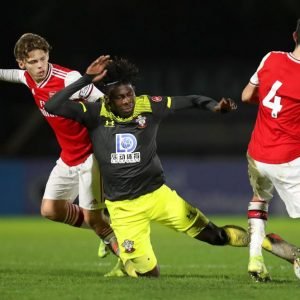