However, the Blues boss has been handed a double injury blow ahead of the meeting, with Edouard Mendy and Ben Chilwell both slight doubts to face Ralph Hasenhuttl’s side, according to talkSPORT.

Chilwell withdrew from Gareth Southgate’s England squad with an ankle injury, while Mendy, who made his Premier League debut prior to the international break, suffered a thigh injury during Senegal training.

If both Chilwell and Mendy miss the meeting this weekend, we feel it may give Ralph Hasenhuttl the opportunity to tweak his tactics.

If Mendy is out, you’d expect Kepa Arrizabalaga to be in with a shot of taking the gloves.

The Spaniard only saved 54.5% of shots on target in the league last season, the lowest figure for any regular Premier League shot-stopper since records began in 2003-04, via The Guardian.

Hasenhuttl may urge the likes of Danny Ings and Che Adams to shoot on sight at Stamford Bridge, not allowing Arrizabalaga to settle into his return to the side.

Meanwhile, at left-back, the obvious replacement would be Marcos Alonso. The 29-year-old’s last Premier League outing came against West Brom in the 3-3 draw, with Alonso being replaced at the break with the Blues three goals down.

He recorded a woeful WhoScored rating of 5.99 that day, so his return to the side may give Hasenhuttl further food for thought.

Winger Nathan Redmond is an option on the right, and if Hasenhuttl starts the 26-year-old on that side, he could be given the license to get at Chelsea’s left-back.

Lampard may even go with Reece James or Cesar Azpilicueta, but with both predominantly right-footed, either defender could find it awkward filling in at left-back against a direct Saints winger.

Are you confident ahead of this weekend's trip to Stamford Bridge? 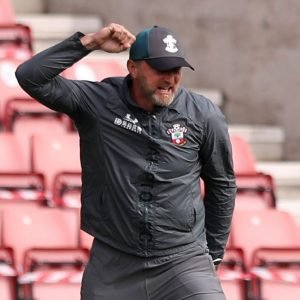 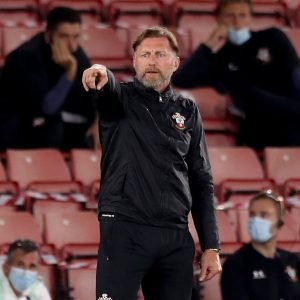