Pierre-Emile Hojbjerg is one of Tottenham’s top summer transfer targets as Jose Mourinho looks for a new defensive midfielder, as per Lyall Thomas of Sky Sports.

During a Tottenham Transfer Centre takeover Q&A on the Sky Sports website, fan Daniel Topping asked about Spurs’ interest in Valencia’s Geoffrey Kondogbia. Thomas confirmed that the North London side are monitoring the midfielder as chief scout Steve Hitchen is a fan of his, but he also stated that Hojbjerg is also a target for last season’s Champions League finalists.

Depending how things pan out with the current events that have halted football, Saints could have a decision to make this summer in relation to Hojbjerg.

The 24-year-old is set to be out of contract in the summer of 2021, and if he shows no intention of signing an extension, then Southampton will likely need to sell him as they won’t want to lose him for free next year.

He’ll certainly be a big miss if he leaves, as he’s played in 28 league games this season, so Saints will need to start considering options in terms of a replacement.

Ideally, the Southampton captain will sign a contract extension, but if he doesn’t, a transfer to Tottenham could be the best option for all parties. 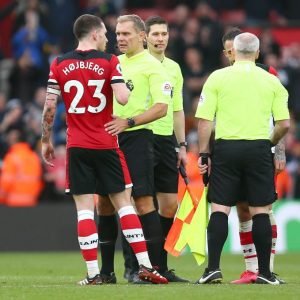 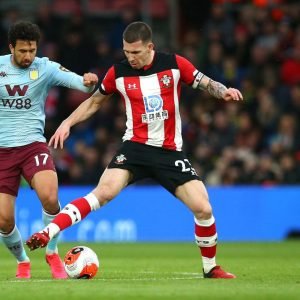