A number of Southampton fans have reacted to a clip of defender Jan Bednarek playing football outside his house with his dog.

With the Premier League currently suspended and the players not allowed to go to the training ground to stay fit, Bednarek has decided to be creative at home.

Southampton’s official Twitter account shared a video of Bednarek outside his house trying to keep the ball away from his dog. He uses some fancy footwork and kicks the ball off the wall to avoid being tackled by his pet.

The Polish international has enjoyed an impressive season on the pitch for Southampton, recording a solid WhoScored rating of 6.72 in the Premier League across 27 appearances.

He has formed a decent partnership with Jack Stephens, with the pair keeping the likes of Jannik Vestergaard, Maya Yoshida and Kevin Danso out the side.

These Southampton fans joked about the clip on social media.

Twitter: @SouthamptonFC @janbednarek_ Get his dog in our back four (@peckham86)

Twitter: @peckham86 @SouthamptonFC @janbednarek_ Contract talks as i have heard from the news (@Iamhappy_not)

Twitter: @SouthamptonFC @janbednarek_ On my fifth re-run now and he still hasn’t tackled the dog. Release the full video! (@zelorius)

Are you missing football? 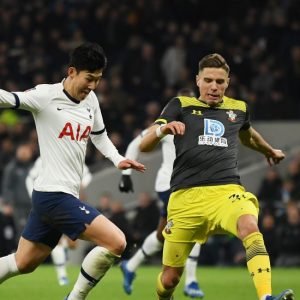 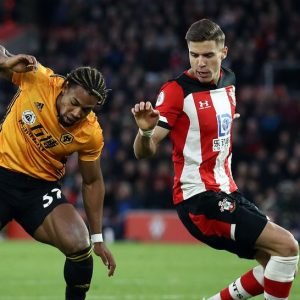