Southampton have been linked with numerous players ahead of the summer transfer window and one of them has been Werder Bremen star Milot Rashica.

Weser Kurier claim that Southampton are one of the clubs interested in signing him from the German club this summer.

Who is he, though? We have put together a factfile on the Southampton transfer target to help you learn a little bit more about him.

Milot Rashica is a 23-year-old winger who stands at 5ft 10 and currently plays for Werder Bremen in the Bundesliga.

Rashica began his career in Kosovo with Vushtrria in 2013, scoring nine goals in 21 league games. He then earned a move to Dutch club Vitesse in 2015, scoring 13 goals in 83 games for the club.

Werder Bremen then snapped him up in 2018 and he has scored a respectable 17 Bundesliga goals in 55 appearances as a winger.

Rashica has an interesting international history. He was born in the state formerly known as FR Yugoslavia and represented Albania at various age groups throughout his youth career.

However, he eventually opted to play for Kosovo at international level. He made his debut for Kosovo in 2016 and has scored four goals in 26 appearances for his country to date.

Gazeta Blic claim that both Borussia Dortmund and Liverpool are also tracking his progress as they consider summer swoops for the forward. Both clubs play in the Champions League and could provide a serious threat for Southampton’s chances of signing him.

Rashica’s agent, Atlin Lala, has claimed that Rashica will cost £35m if Southampton, or Liverpool, want to sign him this summer.

Nobody knows the future of Rashica at this moment. Initially we will see how the championship will end. Clubs have huge financial losses. If Rashica transfers to any Italian, English, Spanish or French club, then he will cost 38 million euros [£35 million]. 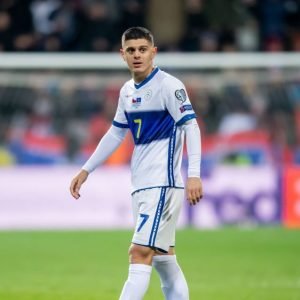 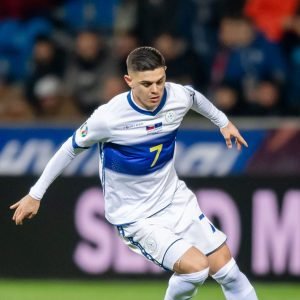