Southampton are one of the clubs reportedly keen on a move for River Plate defender Gonzalo Montiel this summer.

According to El Intransigente, Southampton are preparing to make an offer for the right-back ahead of next season as they look to bolster their squad.

Who is he, though? Unless you are an avid fan of South American football, you may not be too familiar with the defender, so we have compiled a factfile on Montiel to help you learn a little bit more about him!

Montiel is a 23-year-old right-back who stands at 5ft 9. He was born January 1st 1997 and currently wears the number 29 shirt for River Plate in Argentina.

He has been compared to Brazil and Barcelona legend Dani Alves. People in Argentina see similarities between the two players – showing that he is an attack-minded, technically gifted fullback.

The fullback has only ever played for River Plate in his career to date. It is unclear as to when he officially joined the River Plate academy, but he made his professional debut for the club in 2016.

He has gone on to make 91 appearances for the club in all competitions, scoring once and assisting seven.

Montiel claimed one of the biggest prizes in South American football in 2018 as River Plate won the Copa Libertadores, which is essentially their version of the Champions League.

Montiel represented Argentina at under-20 level in 2017, making two appearances at youth level for his country.

After his limited exposure to youth team football on the international stage, Montiel was rewarded with his first call up to the senior side in 2019. He made his debut against Venezuela and has received two caps in total to date.

Goal report that Inter Milan, Roma and Crystal Palace are all also keen on the fullback. He reportedly has a release clause of £18.5m in his contract, with the clubs aware of exactly how much they need to pay to land him.

This also means that Southampton could face stiff competition for his signature if they decide to firm up their interest and trigger his release clause in the summer.

Would Montiel be a good signing for Southampton? 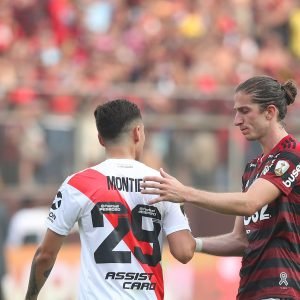 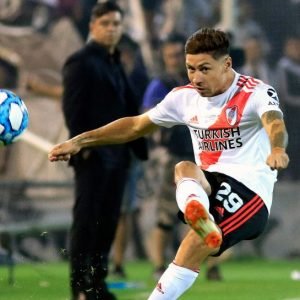