A number of Southampton fans have backed forward Che Adams to be a success at St. Mary’s, despite his difficult time at the club so far, and he was linked with a move to Leeds in January.

Adams joined Southampton from Championship side Birmingham City last summer and has failed to score a single for the Saints to date.

He has, however, managed to register two assists off the bench for Ralph Hasenhuttl’s side. Adams set up Danny Ings for the winning goal away at Leicester in January and recently teed up Stuart Armstrong for a goal in the 2-0 win against Aston Villa.

The English forward came off the bench against Villa last weekend to produce the assist for Armstrong’s goal. He held the ball up well in his own half, before spinning and firing a perfect pass for Armstrong to race onto and score, sealing the win for the Saints.

Twitter: Despite not scoring yet Che will be a massive player for us, 23 years of age with a massive future, just needs that… https://t.co/dwaCxnAmYL (@Jack_Adamss)

Twitter: @Jack_Adamss I agree with this. Just needs a bit of luck. It’s good fans haven’t got on his case and have been supportive too. Good to see (@Siweeks)

Twitter: @Jack_Adamss Think it’ll only take one goal to kick-start the lad. As long as it’s not in the last game of the season! (@stevepatton1967)

Twitter: @Jack_Adamss Imagine if that was Kevin De Bruyne (assist vs villa) (@TheoSawyer7) 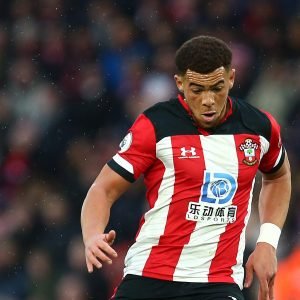 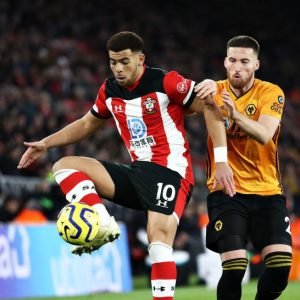