Fraser Forster helped Celtic to a 1-1 draw on Thursday evening with a fine penalty save, and a number of Southampton fans have decided where they want the goalkeeper to be next season.

Forster saved a crucial spot-kick in Celtic’s Europa League clash with Copenhagen to secure a 1-1 draw for the Scottish side.

With the score already at 1-1, Forster excellently tipped a penalty onto the post in the 79th minute to ensure Celtic did not travel back with a defeat.

The Southampton shot-stopper is on loan to Celtic until the end of the season, after Ralph Hasenhuttl decided that he was his third-choice goalkeeper last summer.

Angus Gunn and Alex McCarthy were both ahead of him in the pecking order, with the latter currently Southampton’s number one in the Premier League at the moment.

These Southampton fans reacted to his heroics and offered their thoughts on whether or not he deserves a second chance at St. Mary’s…

Twitter: @TheSaintCentre Nope McCarthy is a very good goal keeper and probably our most underrated player amongst fans (@jamescallen1)

Twitter: @TheSaintCentre Would like him back. Toss up between him or Gunn as our number 1. We have a keeper who stands 3 ya… https://t.co/ZCOhULuhvx (@DomMooney1)

Twitter: @TheSaintCentre Let him stay at Celtic, it will do him no good coming back. He’s found confidence and form again, let him enjoy it. (@HackStuart)

Twitter: @TheSaintCentre Me personally: I’d happily welcome him back with open arms as long as we all got behind him.

Twitter: @TheSaintCentre No need to take him back. He’s clearly very happy at Celtic so he’s unlikely to want to come back.… https://t.co/VBKU3lqpdE (@KieranKellyyy_)

Does Forster deserve a second chance at Southampton? 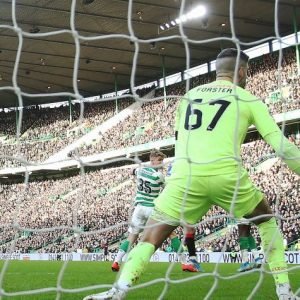 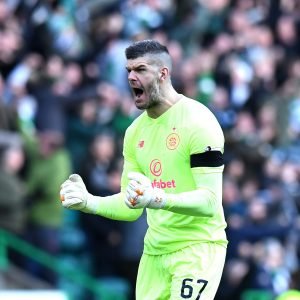