Southampton midfielder James Ward-Prowse is poised to make his return to Premier League action against Burnley this weekend.

Ralph Hasenhuttl has revealed that Ward-Prowse could be fit to face Burnley, despite being stretchered off in the club’s last match against Tottenham.

The Saints lost 3-2 to Tottenham in their FA Cup replay away from home and Ward-Prowse  – who was playing at right-back – was forced off the pitch with a knee injury.

However, the winter break in the Premier League appears to have come at the perfect time for Ward-Prowse. He has been recovering over the last week or so and could now start against Sean Dyche’s side on Saturday.

These Southampton fans reacted to his potential return, buoyed by the news…

Twitter: @SouthamptonFC @Prowsey16 @premierleague I hope he plays in midfield as well as he was on good form. (@upthesaints)

With Walker-Peters also fit and available for selection, Hasenhuttl could now have the opportunity to move Ward-Prowse back into midfield. The Englishman had filled in at right-back in Southampton’s recent games against Tottenham and Liverpool. 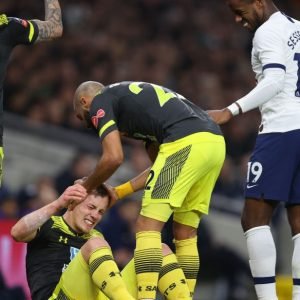 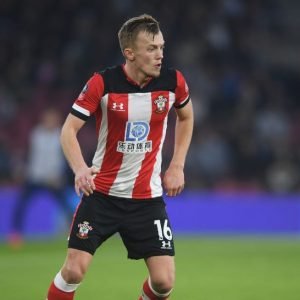