Southampton cleared out a chunk of their deadwood last summer as they sent a number of players out on loan away from the club.

The likes of Mario Lemina, Wesley Hoedt and Guido Carrillo all left to join European sides, whilst Fraser Forster and Mo Elyounoussi both signed for Celtic on loan until the end of the season.

Elyounoussi and Forster have both been regulars for Celtic, although the former did miss some time with an injury, and have impressed at times in Scotland. The Norweigan forward, Elyounoussi, has scored a respectable seven goals in 14 appearances for Celtic – settling in well to life north of the border.

He made his first appearance since December against Clyde over the weekend. Celtic won 3-0 and Elyounoussi caught the eye on the wing, with these Hoops fans reacting to his display, with more than a few wanting him to sign on a permanent basis in the summer.

Twitter: @CelticFC Well done Mo, only one that came out second half and burst a gut. (@DannyCFC1967)

Twitter: If all we did in the summer window was sign Elyounoussi, Forster permanently, Keep Edouard and sign a CB, I would be over the moon (@G__1967)

Twitter: We need to get Elyounoussi signed permanently. No excuse not to with all the money we have sitting in the bank. Both him & Forster. (@CelticSean81)

Twitter: Elyounoussi permanent has to be a priority this summer. Sensational player #CLYCEL (@paulr07)

Twitter: @Bhoy1888Celtic1 Need to get elyounoussi on a permanent. Class act (@fluffit_prince)

Does Elyounoussi deserve a second chance at Southampton? 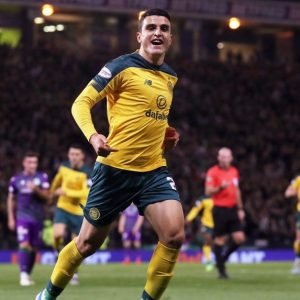 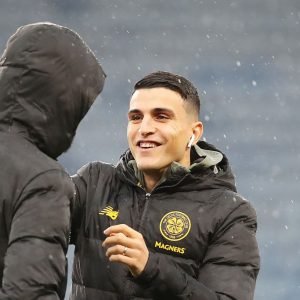