Arsenal manager Unai Emery has revealed that Nicolas Pepe is fit to face Southampton this week, despite missing training.

Pepe arrived back late from international duty and missed training with his teammates, but will be fine to play against the Saints on Saturday.

As quoted by Football London, Emery said this:

Pepe arrived late because of travel and didn’t train with the group but trained inside. Will be ready for Saturday. 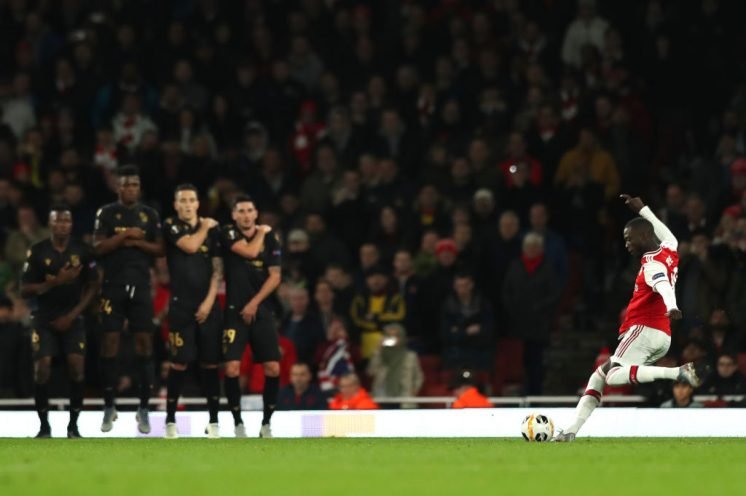 This comes as a blow to Southampton, with Pepe being one of Arsenal’s best forward players. He joined the Gunners for a club-record fee from Lille in the summer and recently scored two sublime free-kicks in the Europa League for Emery’s side.

The Ivorian international has registered three goals and four assists in all competitions for Arsenal this season, showing that he is starting to find his feet in England. Southampton’s fullbacks will need to be at their best to prevent him creating chances with his quick feet and movement off the ball. He likes to cut inside off the right onto his left-foot, which means that Ryan Bertrand needs to show him down the right and force him onto his weaker side – avoiding a shot at goal.