The youngster arrived from Manchester City in a deal believed to be worth £13.5 million following an impressive season on loan at Norwich City in the Championship.

Gunn’s transfer to Southampton came as something of a surprise. The club were looking to offload Fraser Forster, but Alex McCarthy had just played a pivotal role in keeping them afloat in the Premier League.

Signing another goalkeeper — notably one who was never going to remain a backup player at his next club — seemed peculiar. However, in Gunn, the Saints were recruiting arguably the most promising shot-stopper in England, and one who had earned rave reviews for his development in the past campaign. 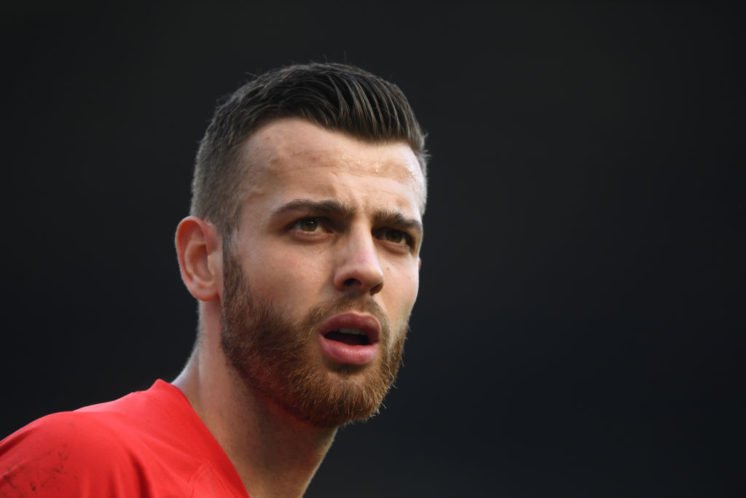 The 23-year-old started in cup fixtures for Southampton predominantly, to begin with, before he was handed his Premier League debut away at Chelsea in January.

Following McCarthy’s unconvincing run of form, capped by a below-par performance against Manchester City just before the turn of the year, Gunn started at Stamford Bridge, with Ralph Hasenhuttl alluding to his ability to quickly rush from his line as a key factor behind the decision, with Chelsea’s tendency to play balls in behind considered.

However, it was not until February that Gunn established himself as Southampton’s first-choice goalkeeper. He came into the team for the 2-0 defeat away at Arsenal and was only dislodged by Forster in the penultimate game of the season to provide the 30-year-old with a chance to prove his worth, which he did not take.

Heading into the next campaign, it is evident that Gunn will be the preferred goalkeeper for Hasenhuttl. The manager appears to favour his distribution skills and his ability to rush from his line with greater comfort than the likes of McCarthy or Forster. 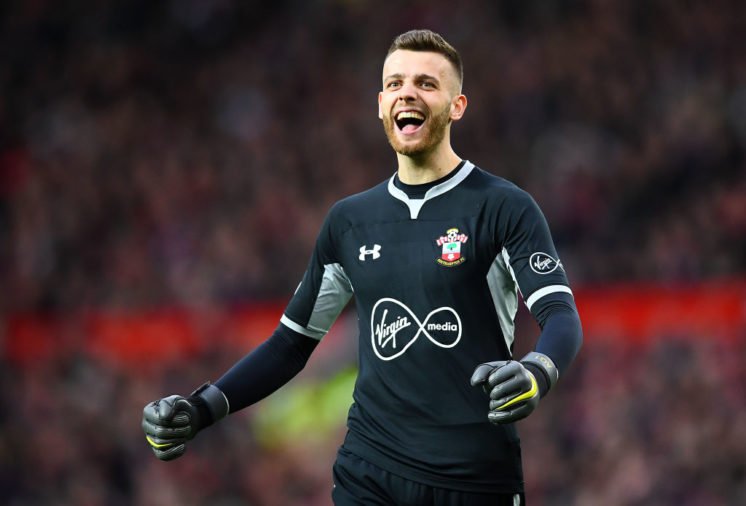 The former City youngster’s first season in the Premier League hasn’t been without mistakes, though.

His form towards the end of the campaign wasn’t especially convincing and was capped by his ponderous mistake while in possession against Huddersfield Town on the final day.

However, he has quietly gone about his business and has endeared himself to the Saints fans as a reliable, composed goalkeeper who has a big future in the game.

Gunn will hope to continue on the upward trajectory which his career has so far taken him on, and a senior England debut will surely be the next step in his progression.

The £13.5m signing of the goalkeeper didn’t appear to be a particularly necessary one for the Saints last summer, but he has a big future, and the club will hope to enjoy some of Gunn’s best years as he pushes to emerge as one of the Premier League’s best.