Heroics from Angus Gunn in the penalty shootout helped Southampton progress to the Carabao Cup fourth round as they defeated Everton.

Mark Hughes made several changes to his starting line-up following Saints’ 2-0 defeat to Wolves at the weekend, with the likes of Maya Yoshida, Matt Targett and Manolo Gabbiadini all returning to the side.

Danny Ings had Southampton’s first chance of the match in what was a quiet opening period. Maarten Stekelenburg, in for Jordan Pickford for this clash, was able to comfortably save his attempt on goal, however. 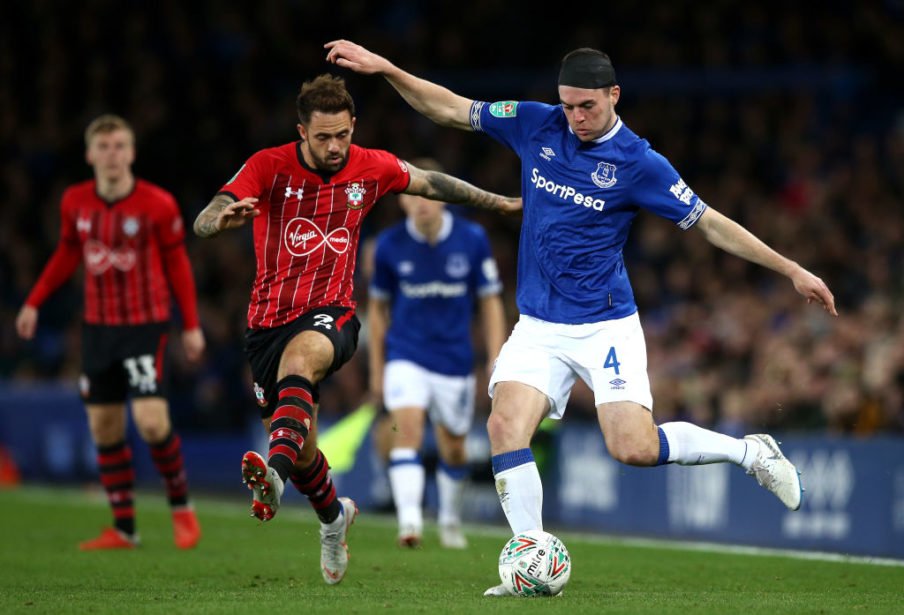 Bernard continued to look dangerous for Everton in the final third and tested Angus Gunn with a well-struck effort, which was dealt with confidently by the Saints stopper.

Just before half-time, though, Southampton drew first blood through Ings, as he netted his fourth goal of the season. The striker calmly converted to Stekelenburg’s left after some good work from Nathan Redmond on the wing.

Everton came out of the blocks looking for an equaliser and came close through Ademola Lookman, whose half-volley was kept out by Gunn, who was alert to the situation.

Saints attempted to build on their lead but chances from Mario Lemina and Pierre-Emile Hojbjerg in the second-half could not trouble Stekelenburg in the Everton goal. 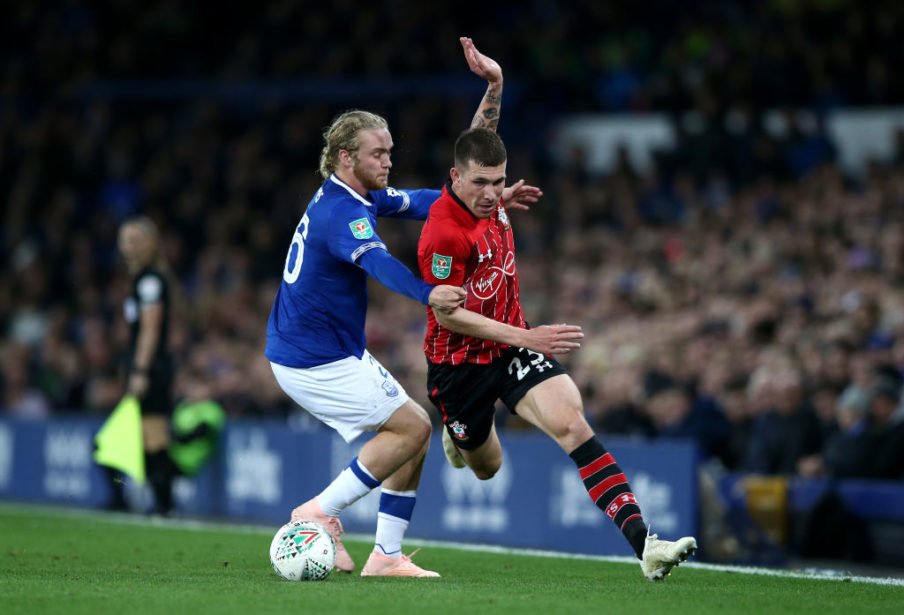 However, the Toffees’ persistence eventually paid off with five minutes of normal time to spare. Theo Walcott was able to capitalise on a pass from substitute Oumar Niasse to breach the Southampton back-line and convert.

The match was then to be decided by a penalty shootout. Leighton Baines’ opening strike was cancelled out by Ings before Cenk Tosun’s converted effort was also levelled by substitute Steven Davis.

Everton’s club-record signing Richarlison stepped up to hand his side the advantage but failed to do so, as he blazed the ball over the bar. Hojbjerg capitalised on this chance and put Saints in front.

The scores were level once again just moments later, though, as Kurt Zouma fired home for Everton before Matt Targett’s feeble penalty was insufficient. 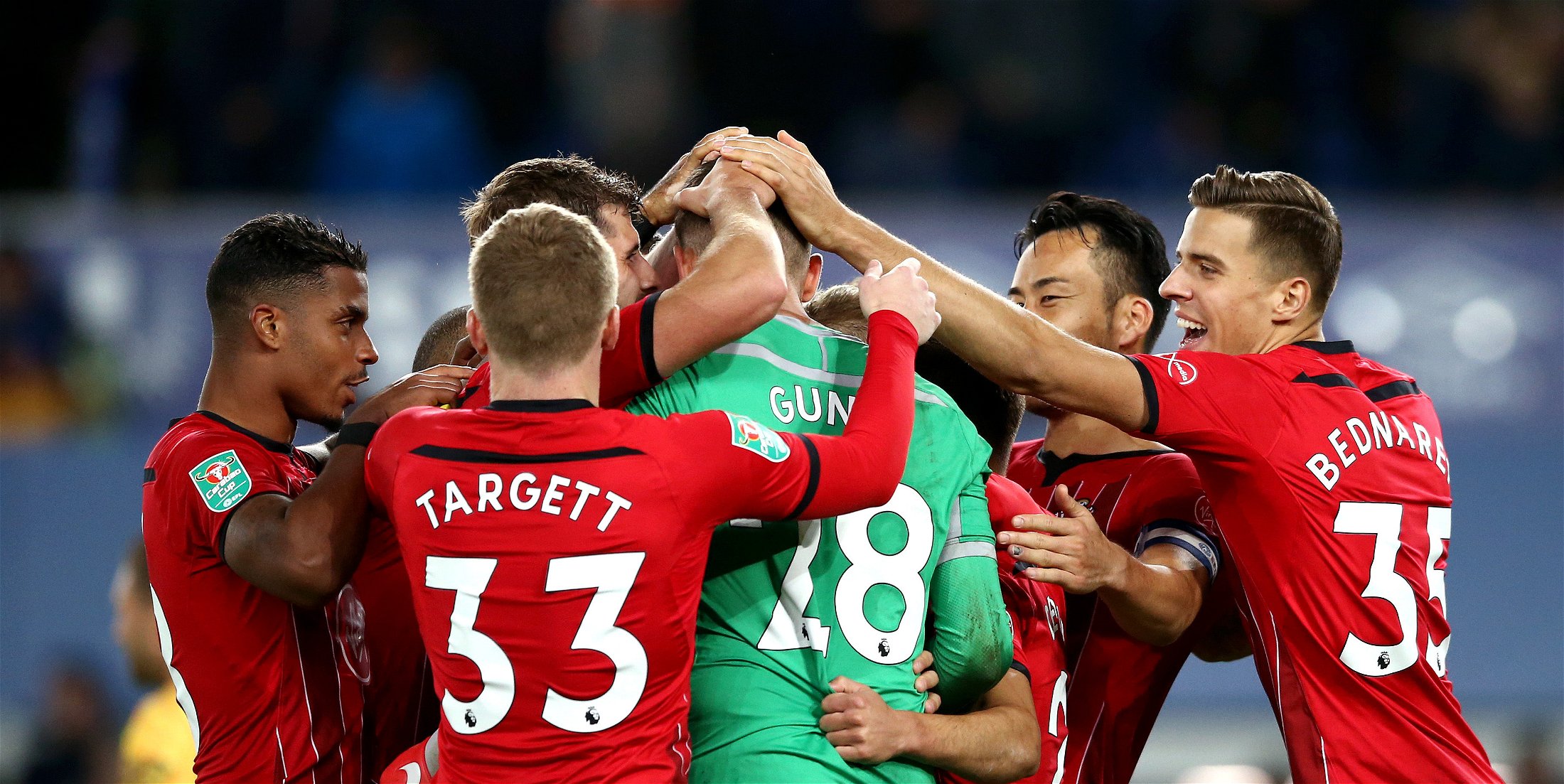 Silva’s side had the chance to put the pressure on Saints once more when Walcott stepped up, but Gunn was on hand to save his penalty well. Cedric Soares then proceeded to convert beyond Stekelenburg, handing Southampton a rare win at Goodison Park.

Saints now face a tricky test away at Leicester City in the fourth round of the Carabao Cup.