The Man City board will find it to be no easy task to find a striker capable of living up to the standards set by the club’s all-time record goalscorer, but Pep Guardiola’s side will undoubtedly have a handful of names in mind.

With household names in England captain Harry Kane and Norwegian sensation Erling Haaland in the frame, Ally McCoist altered the striking discourse by picking out the Southampton hitman as another candidate.

Out of contract next summer and with Ings himself remaining non-committal on his Saints future, the prospect of the Southampton board cashing in on their star striker could be an attractive one.

Speaking to talkSPORT, the pundit said:

“Aguero’s boots are going to be some boots to fill,” McCoist said on Monday’s talkSPORT Breakfast show.

“What a goalscorer, what a finisher. One of the best of all time, without doubt.

“So how do you replace him? The only way you do that is by getting Harry Kane or Erling Haaland. Somebody like that who’s an out-and-out goalscorer. Danny Ings is another one.

“I still think looking at that team, Aguero comes off the bench and scores two, Jesus scored one yesterday. If you had an out-and-out centre forward, dear me, it would be a dream to play in that team. You’d be guaranteed 25-30 goals a season.

“Someone of Kane’s finishing ability, even Ings I think would score 25-30 goals in that team. They’re out-and-out goalscorers in a team that creates an unbelievable amount of chances.”

With Ings linked with both the red and blue halves of Manchester, the ex-Liverpool, Burnley, Bournemouth and Dorchester man could end up enjoying an illustrious career across both the north and south of England.

His productive record for Southampton speaks for itself; despite being hindered by injury setbacks on multiple occasions this season, his 12-goal tally accounts for over a third of Southampton’s league goals.

Manchester City, who won their third league title in four seasons, topped the club scoring charts with 83 goals this season in a corroboration of McCoist’s creativity claims.

In Pep Guardiola’s side, Ings could thrive even further – but Southampton will need to set their stance soon on whether they will let Ings go and for what price. 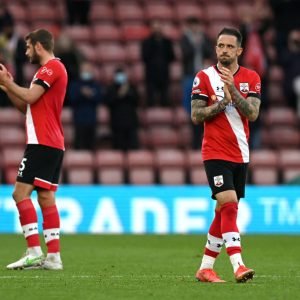 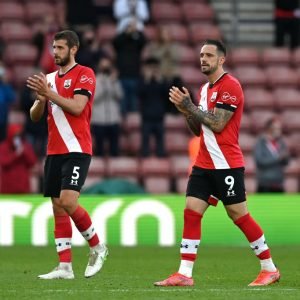