One name linked with Southampton has gone viral after reports linked Barcelona left-back Junior Firpo with a St Mary’s switch.

Following confirmation that home-grown left-back Ryan Bertrand will be leaving the club upon the expiration of his contract in the summer, Southampton will be on red alert for available alternatives.

ESPN has identified one primary alternative for the Saints, with Barcelona outcast Junior Firpo named as a ‘possible candidate’ to replace Bertrand.

One tweet from Barca Universal (@barcauniversal, 24/5/21) has garnered almost 1000 likes and explicitly names Southampton as a primary suitor.

Firpo, a Spain youth international who switched allegiances to the Dominican Republic, has featured in just 7 LaLiga games this season with a lone goal and an assist to the full-back’s name.

Having featured in just 8% of Barcelona’s starting league XIs this season, Firpo looks to be a peripheral figure at the Nou Camp.

With Barcelona’s debts mounting in excess of £1 billion, offloading unwanted assets could be a priority for the Catalan club. Valued at just £9 million by Transfermarkt, he could represent an affordable acquisition.

At 24 years of age, the ex-Betis defender would also represent a future-proofed option with the potential to grow and develop at the club.

From a financial standpoint, a successful south coast spell could see his value rise as an asset, thus helping to preserve the financial health of the club.

Barcelona would likely want to recoup most, if not all, of the £18 million they paid Real Betis for his services – but he would nonetheless represent a worthy long-term option to replace Bertrand. 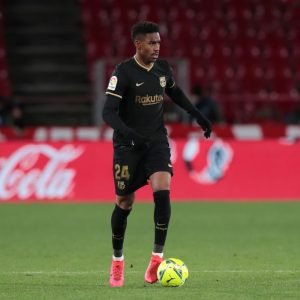 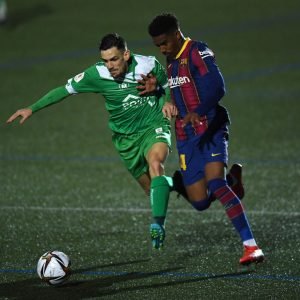