Many Southampton supporters have been reacting to comments made by former Arsenal and England defender Martin Keown, who suggested that Liverpool should move for Jannik Vestergaard.

The Denmark international has been a revelation at St Mary’s so far this season, with the powerful defender demonstrating his quality by winning 4.2 aerial duels per game and average 4.5 clearances and 1.4 tackles per match as well (Sofascore).

Vestergaard’s impact is not just reserved for the Saints’ penalty area – he has also been a threat from set-pieces, averaging 1.2 shots per game and scoring three times in his 13 Premier League appearances (Sofascore). Combined with his excellent distribution and ability to switch the play, that has made him a pivotal member of Ralph Hasenhuttl’s side.

The centre-back is currently out of action with a knee injury and the Saints have been missing his presence at the heart of their defence, although Jack Stephens has helped minimise that blow with some strong performances of his own.

Speaking recently to talkSPORT, Keown has suggested that Vestergaard would be an ideal candidate to help resolve Liverpool’s defensive issues in the absence of their own commanding centre-back in Virgil van Dijk – one of numerous players plundered from St Mary’s by the Anfield club in recent years.

The ex-Arsenal man said: ”I’m not trying to cause a problem for Southampton, and I thought that maybe that would be a player that Jurgen Klopp would go after. He has been brilliant this season. He is injured at the moment.”

Many Southampton fans were frustrated that the Denmark international is being touted to move away from the club as soon as he starts to perform at a high level, but some remained confident that they will hang on to the defender and that he would not be tempted by a potential move to Liverpool.

Here we go again. We are on an upward trajectory with Ralph and we need a couple of seasons for our players to stay together and possibly win something. Other pundits recently have been saying Prowsey and Ings should move to a top six club as well 🤨

The assumptions! The sense of entitlement! They think the big clubs can just rifle players form anywhere else.

High praise but I don't see Vestergaard moving.
We wouldn't sell him in this transfer window + he would only be a stop gap + we're playing brilliantly only a few points behind LFC.

I am surprised I am saying this but I agree with Martin Keown (that Vestergaard has been the best CB in the Premiership this season) but he’s suited to #saintsfc and has fought hard to earn a place in the side so would surprised if he wanted to go anywhere else.

The joys of not being a so called big 6 team. A player has a decent few games and suddenly every ‘bigger’ team should sign them.

How many more times, Hands Off!!!

If Maguire was £80 million +, then I think we should accept offers of £100million or above!👍

Do you expect Jannik Vestergaard to be the subject of transfer interest in the summer? 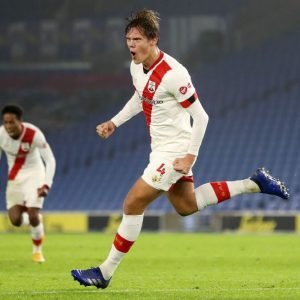 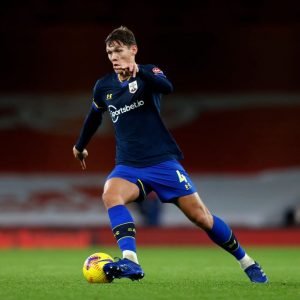