Southampton have taken to social media to confirm the loan signing of Albanian striker Armando Broja on loan from Chelsea.

The 19-year-old has impressively notched up six senior caps for Albania and will look to ease the burden left on the club’s striking options following Danny Ings’ sudden departure to Aston Villa.

The Slough-born loanee joins the likes of Dynel Simeu and Tino Livramento in making moves to the south coast side from Chelsea’s academy, albeit unlike the permanent moves of his teammates.

The announcement video, unveiled on Twitter early on Tuesday morning, features a twenty-four second clip of Broja admiring and donning the Saints’ new strips as a red haze envelopes the entire footage.

Broja spent last season on loan at Vitesse, netting 11 goals in 34 appearances in a prolific record that ensured his status as one of Europe’s highest-scoring teenagers last season.

Southampton officials will now hope his formidable record carries over to the Premier League as the Saints look to ensure comfortable Premier League status and an ambitious finish next season.

The club is also nearing a deal for Blackburn attacker Adam Armstrong.

“Armando is a very talented player who we were impressed by last season. “He is young, but he comes now with a full season of experience in senior football with a good team, and he brings a lot of qualities that can help us.

“He is a strong, quick player with a good instinct and this makes him a good fit for the way we like to play.

“I know how highly regarded he is by Chelsea, and I think this will be a good place for him to continue his own development as well.”

Broja has scored a number of times for Chelsea in pre-season, making an impression on Thomas Tuchel with the youngster signing a new long-term contract before his loan move.

Consequentially, there is a sense of a real belief at both Southampton and Chelsea that he is destined for top-level success – a faith that Saints fans will hope is swiftly repaid.

Will Broja thrive in the Premier League? 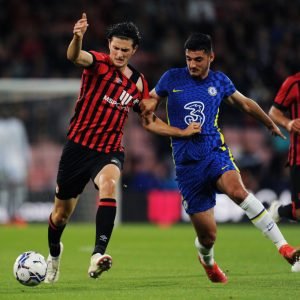 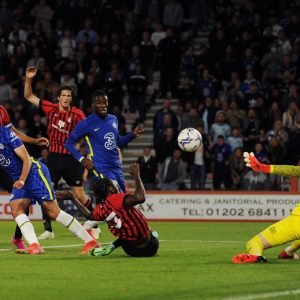