A number of Southampton fans have been reacting to confirmation of the FA Cup fourth and fifth round draws, with the Saints potentially set to face Arsenal at St Mary’s.

The Saints are yet to progress in the competition, with their third round tie against Shrewsbury Town which was scheduled for last Saturday not going ahead. It has been reported that a decision over how the tie is expected to be resolved will be assessed over the next few days, so Ralph Hasenhuttl’s side should have more clarity soon.

Southampton are in the position where they could potentially target a run in the FA Cup this season, as they a very strong position in the Premier League table. However, they might decide that this season represents a rare chance to challenge for Europe via the league, so they might want to focus all their energy on that objective.

This season, the fifth round draw was made on the same night as round four. That revealed that the Saints will face potential ties against Arsenal and, if they can dethrone the holders, they would then the winner of non-league Chroley’s tie against Premier League Wolves. The route to a potential quarter-final has now been mapped out for Hasenhuttl’s men.

Some Southampton fans were frustrated to have been drawn against Arsenal, with one or two hoping that they even go out to Shrewsbury so they do not have to worry about that extra fixture. However, there were others who were more confident over the potential ties which could await them.

Give Shrewsbury a bye

We always get tough draws 🤦🏻‍♂️

Tricky tie if #Saintsfc get there! Gunners a better side now! #FACup https://t.co/EPe0vxLe36

Well that cup run was fun, all attention on the league then https://t.co/aeOio5PnDJ

What an awful draw for us 🤦🏼‍♂️ #Saintsfc

Might aswell let Shrewsbury go through! As if we will beat Arsenal then win at Molineux. #Saintsfc

Might as well let Shrewsbury win. What a dead tie #SaintsFC

Do you think Southampton could make it past Arsenal if they do meet in the next round? 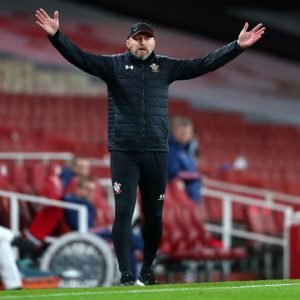 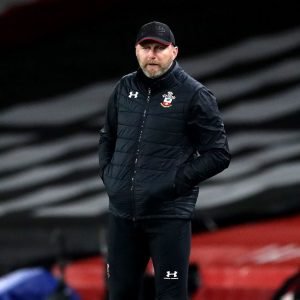