A number of Southampton fans have been reacting to a claim from Carlton Palmer suggesting that Demarai Gray would benefit from signing for the Saints from Leicester City.

The winger has been the subject of intense speculation throughout the transfer window so far, with his current deal at Leicester set to expire in the summer. The 24-year-old is reportedly interesting Southampton, but they are likely to wait until the end of the season when they can potentially bring him in on a free transfer, according to The Sun.

However, there are other interested parties and it has been reported that the winger has held talks with Marseille over a potential pre-contract agreement which would see him make the move to Ligue 1 for the start of next season. That means that the Saints potentially risk missing out on him by waiting until the summer to discuss a move.

Gray is in a similar kind of situation to that of Theo Walcott when he made the move back to St Mary’s in the summer, with the 31-year-old unable to get into Everton’s line-up regularly and needing a move to revive his career. That is exactly what the 24-year-old Foxes winger now needs and, according to Palmer, Ralph Hasenhuttl could be the ideal manager to put faith in him and get his career going again.

Discussing Gray’s links with Southampton, the ex-England defender told Football FanCast: “Some players can kickstart their careers again by going to play for somebody else. You go and play, you know that the manager wants you, you feel loved again. It can restart again for you. It’s happened loads and loads of times.”

Many Southampton fans agreed that Gray would be a worthwhile signing for the Saints, although some pointed out that others may need to be moved on from the club first to make way for the Leicester winger.

How much would he play though? Not sure if he'd get the game time he wants with us. I'd definitely be happy for him to come to us but I just can't see it unless Ralph is letting someone go 🤷‍♂️

Of we got him now he'd play. Redmond and Djenepo injured. Not sure about signing him on a pre-contract though, specially if we plan on bringing Walcott in

Get in Gray and let Walcott go back to Everton in the summer. If he could score more goals he would of had a much better career

He was good at Birmingham, would give him a loan and see how it goes. No harm in that.

Yes I would have him.

Get him in. Bit of a Puncheon attitude about him. Long, Redmond time must be nearly up.
Games and confidence and Gray will be decent. Still young too.

Do you agree with Palmer that Gray would be a good addition for the Saints? 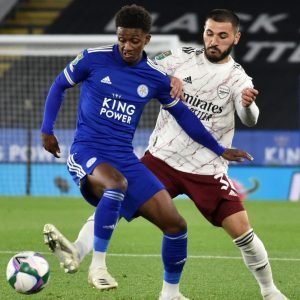 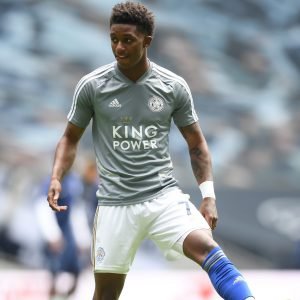