Southampton striker Dan N’Lundulu is a player in demand in England and across Europe, according to a report from French outlet Foot Mercato.

Former West Ham manager Manuel Pellegrini, now in the hot-seat at La Liga side Real Betis, is the main protagonist credited with an interest in the report. The Seville outfit face major competition from multiple English clubs, though, as the 21-year-old attracts plenty of attention.

N’Lundulu was a star at England youth level and has managed to force his way into Ralph Hasenhuttl’s plans this term, even though his six appearances have all come from the substitutes’ bench. He nonetheless earned praise from the manager for his physical qualities after impressing off the bench against Everton in October (Hampshire Live).

Whilst the St Mary’s academy graduate may have been on the periphery of Saints’ first team matters, he has shone for the under-23s this term, scoring five goals in seven Premier League 2 appearances.

Now into the final 18 months of his contract at St Mary’s, N’Lundulu’s future depends very much on where he sees himself right now in comparison to where he feels he should be.

Forcing his way past Danny Ings and Che Adams is no mean feat and at the moment it looks as though his first team outings will be from the bench unless he can secure a loan move this month.

At 21, he could be content with brief senior appearances and starts in domestic cups, but young players often want more nowadays, and as such N’Lundulu could push for an exit.

Unfortunately for the young striker, this weekend’s FA Cup clash with Shrewsbury was postponed, as that would almost certainly have been a perfect chance to shine and perhaps give Hasenhuttl something to think about in the near future.

Should Dan N'Lundulu Be Given Chance In The First Team? 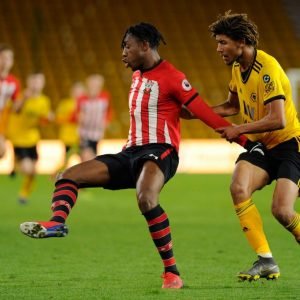 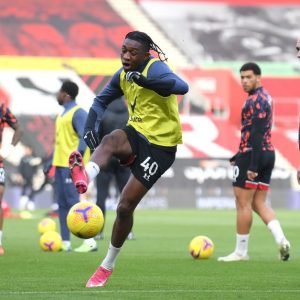