Southampton have taken to social media to confirm the arrival of 19-year-old centre-back Dynel Simeu on a free transfer.

Twitter: #SaintsFC is pleased to confirm the signing of highly-rated young defender Dynel Simeu, who will join the club’s B… https://t.co/IQ8w4WNakP (@SouthamptonFC)

The bulwark was previously plying his trade within the youth ranks of Chelsea but departed the club upon the expiration of his contract in search of new opportunities.

He has since penned a three-year deal tying him down at St Mary’s until 2024, though the defender was also spotted playing on trial at Crystal Palace against Dulwich Hamlet prior to the move.

Simeu, who hails from Southampton, said upon returning to his home city:

“It’s nice to be back home, I’ve had a really friendly welcome.

“I hope to hit the ground running, get fit and comfortable with the boys and then hopefully push towards the first team.”

The England Under-19 international has featured previously for Chelsea’s under-23 side and will join Southampton’s B team for the upcoming 2021/22 season.

The Cameroon-born defender captained Chelsea’s under-23s and made the bench in a Champions League tie away to Bayern Munich in August 2020, indicating how highly thought-of he was at Stamford Bridge.

Entrusted with the captaincy at a young age is a fine testament to his leadership qualities and maturity as a defender – attributes sure to prove to be a boon to Southampton.

It seems the Saints were not the only club vying for his signature, so to secure his services feels like a coup for Ralph Hasenhuttl’s side.

Although he is yet to experience first-team action, every hope will be that he will have a clearer pathway to a senior role on the south coast.

At just 19 years of age, he retains plenty of scope to improve and develop further under the auspices of Southampton staff.

Will Simeu enter the first-team setup within the next 3 years? 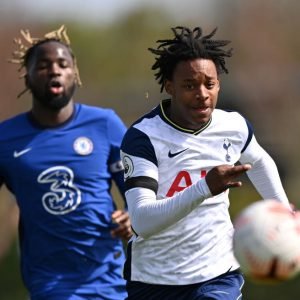 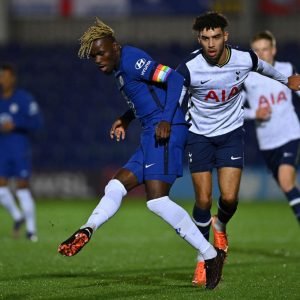