Chris Sutton was anything but optimistic in his assessment of the future of Southampton ahead of next season.

The former Norwich City and Blackburn Rovers striker was clear on his belief that Southampton face a precarious test in the next campaign, with plenty of work needed to be done in the transfer market to buoy Ralph Hasenhuttl’s side.

“With Ralph [Hasenhuttl] it worries me. I’ve no doubt he will be going to the owner this summer and saying ‘come on, I worked wonders before Christmas, but we fell away, our squad is too thin.’

“There’s talk of Danny Ings leaving with talk of Manchester City or Manchester United and all sorts of rumours.

“But how could they possibly replace him?”

Involved in over a third of Southampton’s league goals this season, the Saints hitman has been in indomitable form despite injury keeping him out of a portion of starting XIs – justifying Sutton’s concern.

Out of contract next summer, Saints fans will soon adjust to the phrase of the ‘Ings question’ becoming a common theme over the next few months.

However, Southampton’s form overall leaves wider questions of the squad and Hasenhuttl himself.

Southampton have suffered 15 defeats in their last 21 games despite briefly finding themselves at the top of the league in November in a season ravaged by injury.

In a consolation, Southampton have already been linked with Barcelona’s Junior Firpo as an option to replace the outgoing Ryan Bertrand at left-back. The Saints’ scouting department will have their work cut out for them in what could prove to be a pivotal summer.

Do the Saints need a squad rebuild? 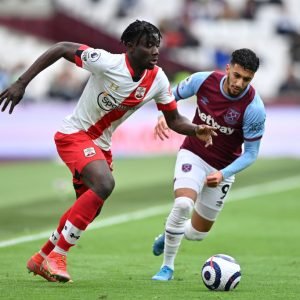 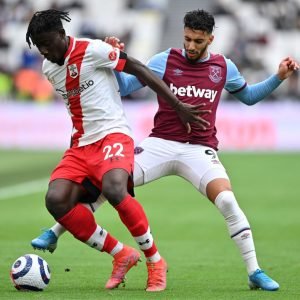