Southampton suffered yet another frustrating evening in the Premier League with the Saints suffering a 1-0 defeat away against Everton on Monday night.

Ralph Hasenhuttl’s side headed into the game desperately needing to get back to winning ways after their 3-0 defeat away at Leeds United last time out made it eight matches in the Premier League without a win.

That had ramped up some pressure on the Austrian and Southampton needed to pick up a positive result to relieve any fears they could be dragged into a relegation battle.

The Saints have been severely impacted by a host of injuries during their recent poor run of form, and that situation has worsened still with the season-ending injury suffered by the influential Oriol Romeu. While Takumi Minamino was also out of the trip to Everton with a hamstring issue, which left Hassenhuttl once again needing to reshuffle his side.

It was a performance that highlighted the lack of confidence the Saints have at the moment, as they were unable to create anywhere near enough chances and switched off at a couple of key moments in defence.

Everton looked more assured than Southampton and, in the end, managed to hold onto their lead and see out the game for an important win.

Hasenhuttl needs to pick his players up and try and get a little more from them if they are going to be able to end their winless run that now stretches to nine matches in the Premier League. 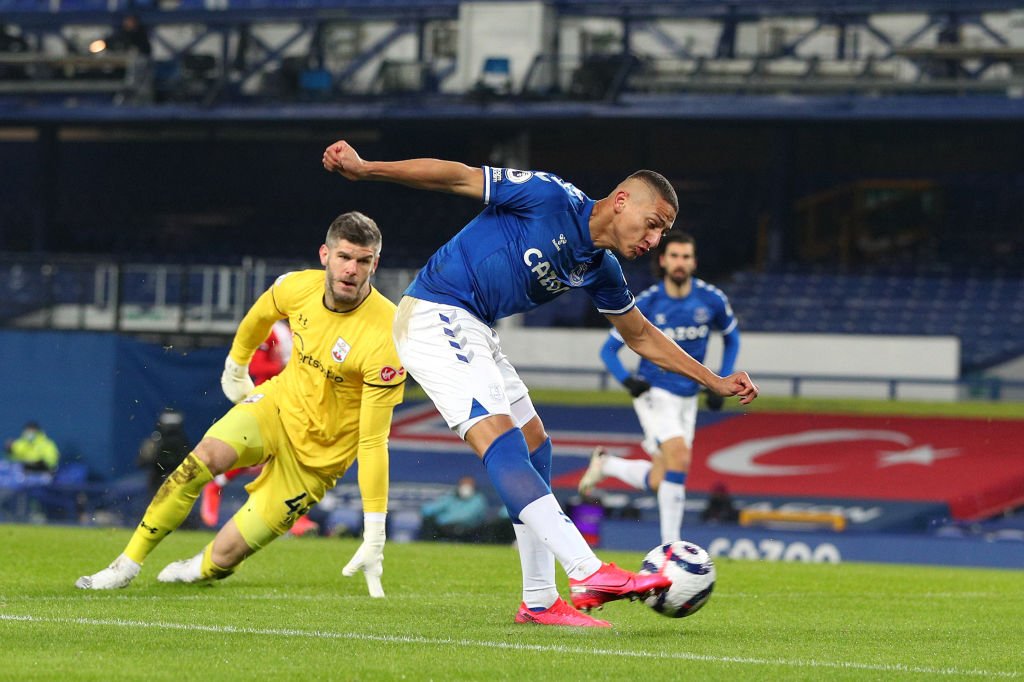 Hasenhuttl made the major decision to throw Forster into the starting line-up ahead of Alex McCarthy in the hope he could extend his run of five successive clean sheets this term (Sofascore).

However, the keeper was unable to prevent Richarlison from taking the ball around him and then tapping the ball into an empty net for the goal. He had little else to do, but did manage to make an excellent save from an effort that turned out to be offside in the first half. 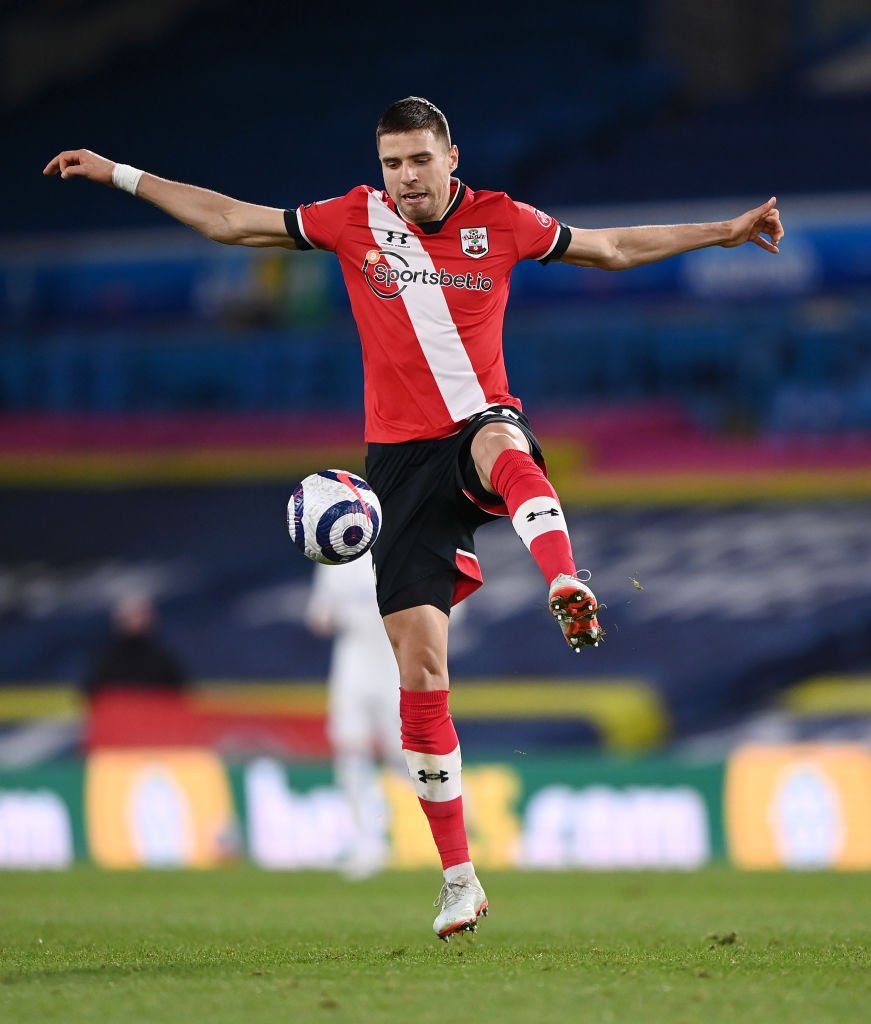 Have to feel for Bednarek in terms of the fact that he struggled in his unnatural right-back role, with the defender looking very unsuited to the role. The Poland international improved when he was moved back to his more natural role in the second period.

He managed to make four tackles and four interceptions, but he also gave the ball away 18 times highlighting his unsuitability to distributing the ball forwards from full-backs (Sofascore). 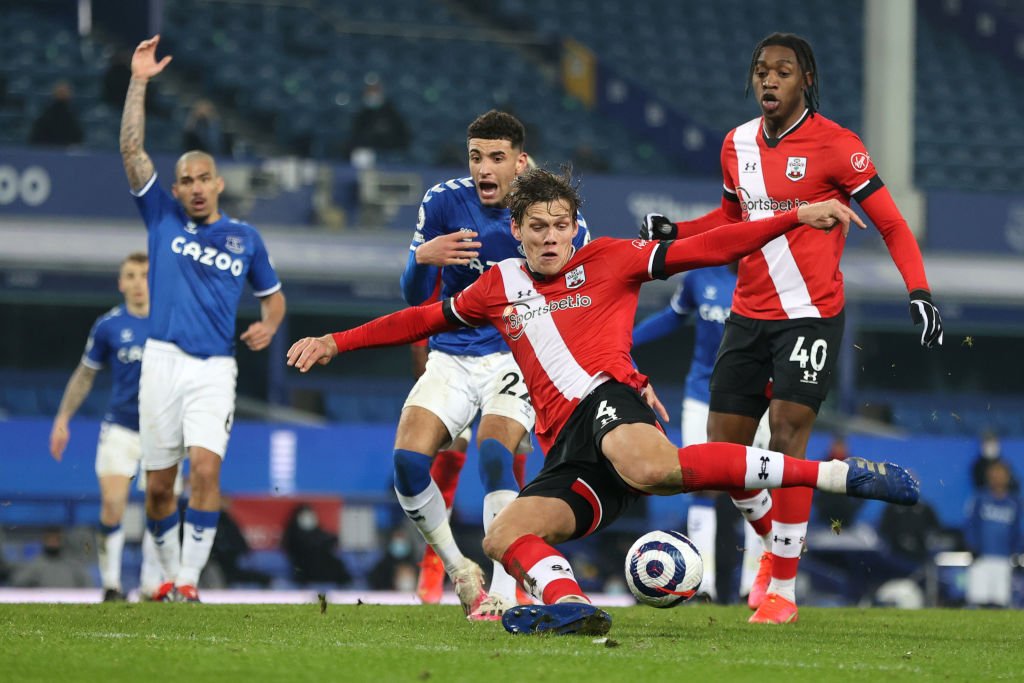 Vestergaard tried to get Southampton’s game going in possession with some typically well-directed diagonal switches of play, but too often the Saints’ attacking players were not  able to make the most out of those balls.

The defender did manage to make two blocks, two interceptions and five clearances (Sofascore). However, he should have done a little better for the goal and missed a guilt edge chance to level late on. 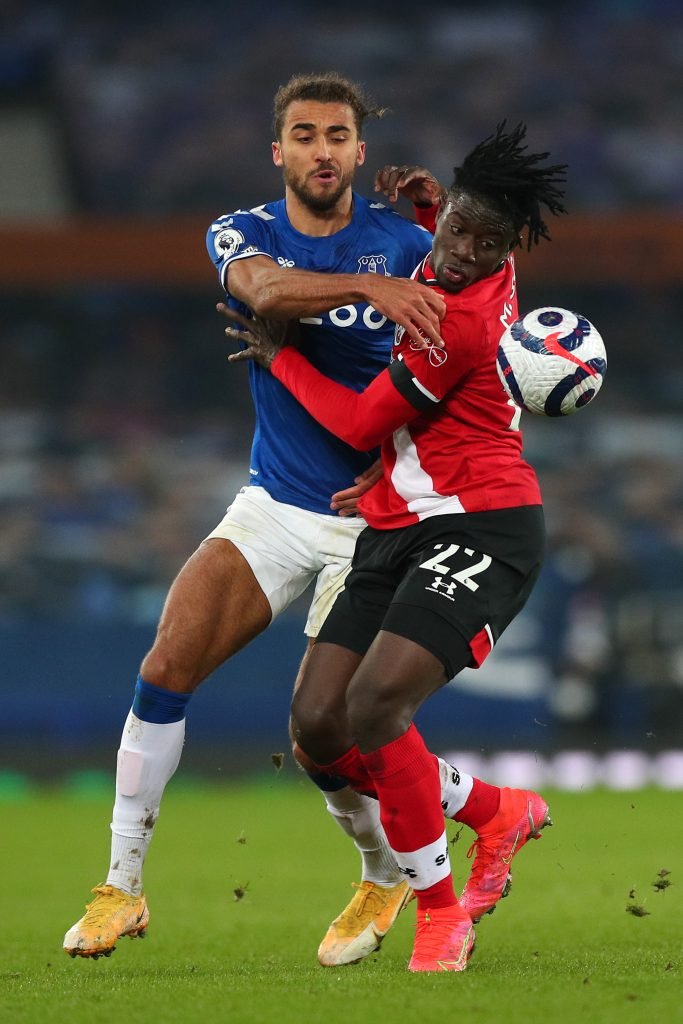 Salisu’s positioning for the goal was questionable as he allowed Richarlison to get in behind far too easily.

The defender recovered decently from that error and was solid enough during the rest of his time on the field before he was subbed off on 63 minutes (Sofascore). 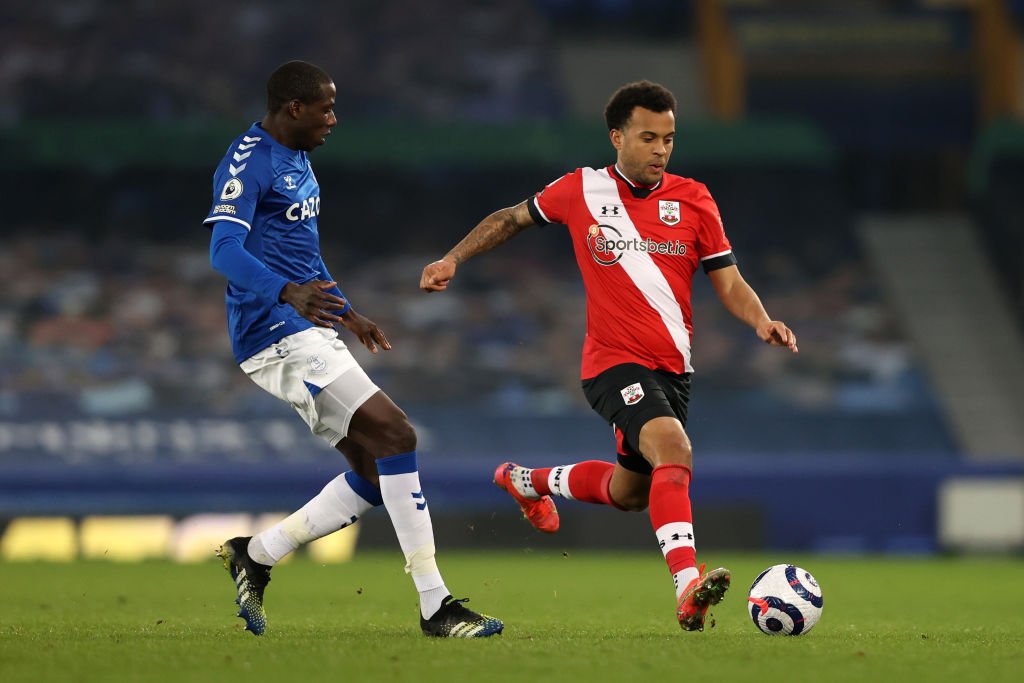 This was a difficult evening for Bertrand who did not offer anywhere near enough quality going forwards and gave the ball away 12 times (Sofascore).

There was little for him to do at times down the left-hand side defensively, but he failed to make a single tackle or interception and won just one duel. Southampton need more from him. 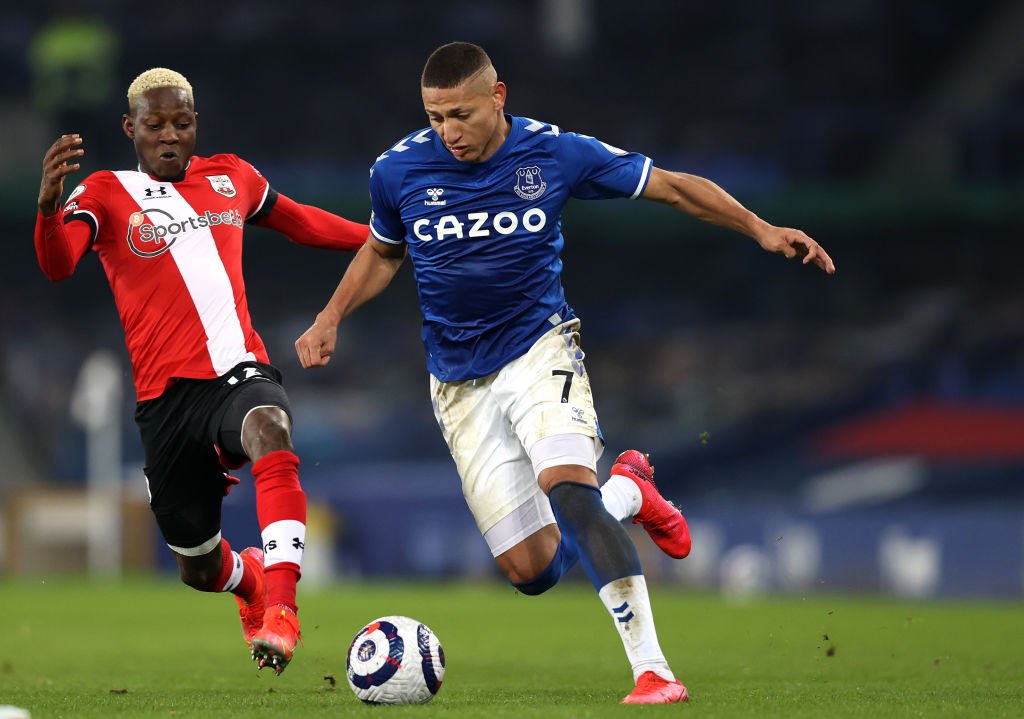 On a night where Southampton struggled once again, Djenepo at least was able to continue his recent improvements. The attacker tried to make things happen down the right-hand side, although he did give away the ball a little too often having lost possession 20 times (Sofascore).

He was very good in his defensive work at times making six tackles and four interceptions (Sofascore) and looked comfortable when moved to right-back in the second period. 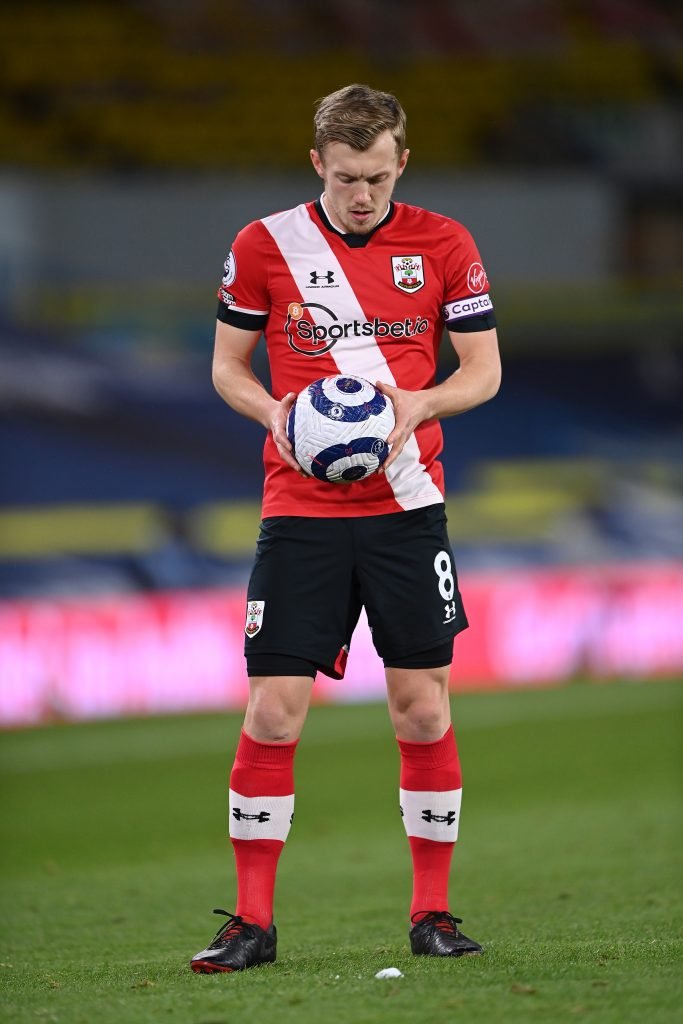 Tried his best to make things happen for the Saints in possession and was heavily involved having 88 touches of the ball. He made one key pass, but was unusually wayward with his delivery at times completing just one of 15 crossing attempts (Sofascore).

Ward-Prowse attempted to provide steel to the midfield in the absence of Romeu, and he did win three duels and make three tackles. However, he gave the ball away 23 times and was unable to turn his effort into anything majorly important for the Saints. 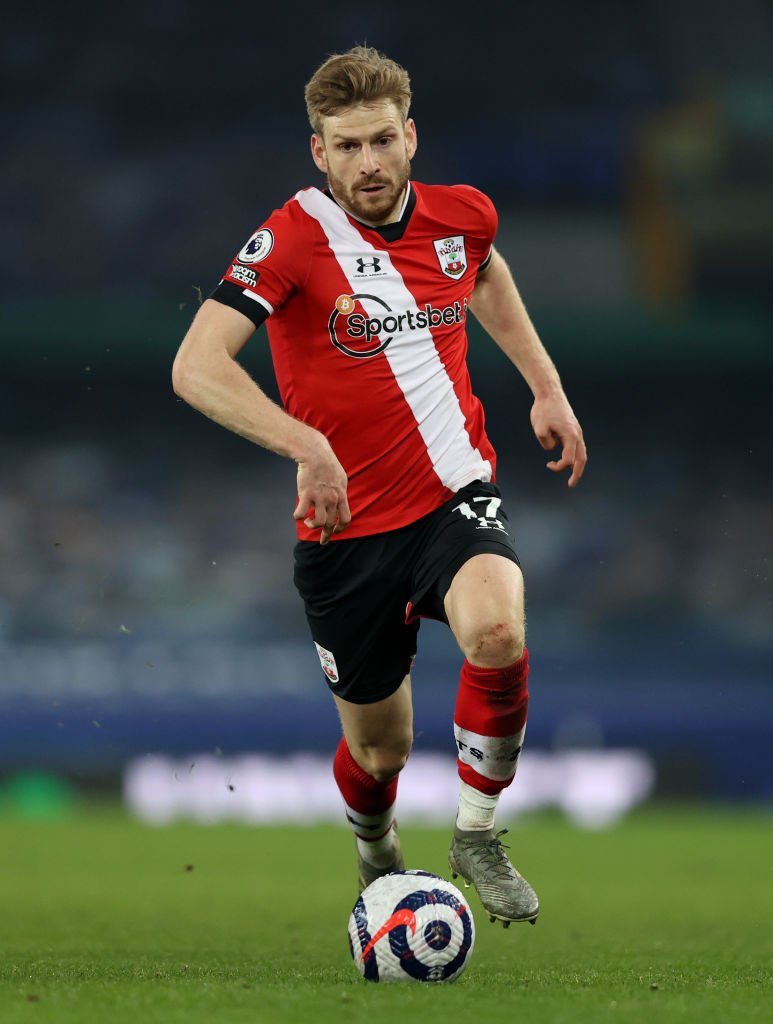 Moved back into the middle of the park to compensate for Romeu’s absence, Armstrong delivered a decent enough performance and managed to make four tackles and two interceptions (Sofascore).

The Scotland international was not as effective going forwards as he is from the more advanced role he normally occupies. 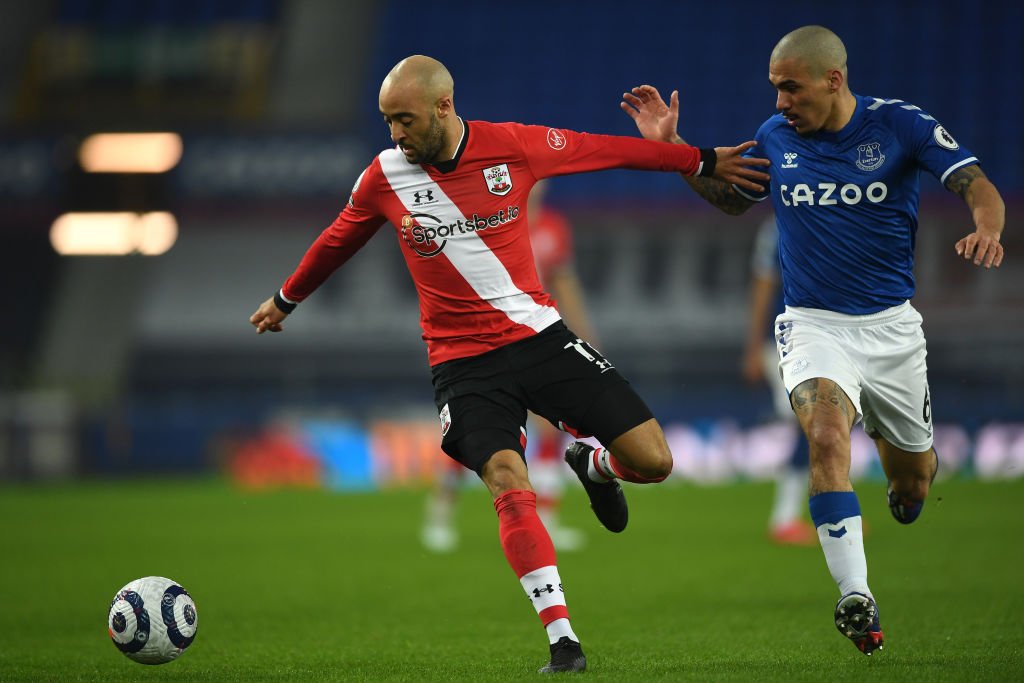 This was a very poor showing from Redmond who did not offer anywhere near enough quality going forwards having been moved back into his more natural wide role by Hasenhuttl.

The 26-year-old gave the ball away 22 times (Sofascore) and struggled to make the most of getting into a couple of decent positions in the final third. 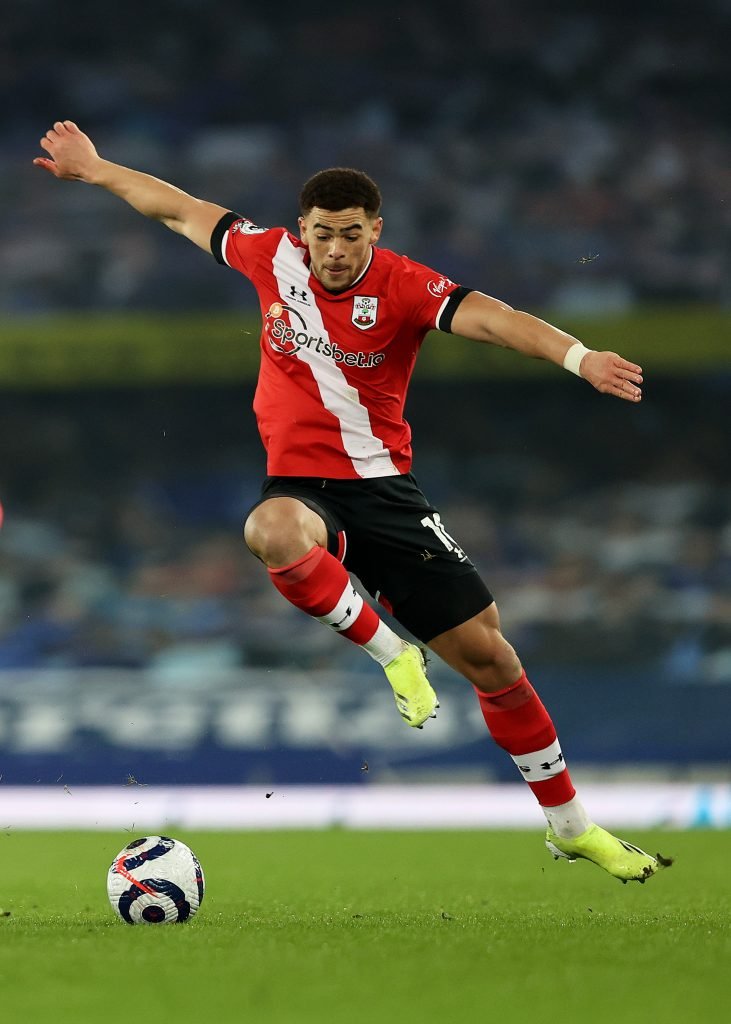 Did not offer enough for the Saints and had just 29 touches of the ball (Sofascore). He did not get any real goal-scoring chances and that meant that his drought was extended to 16 matches. Clearly trying hard but the forward does need to find some extra quality very soon. 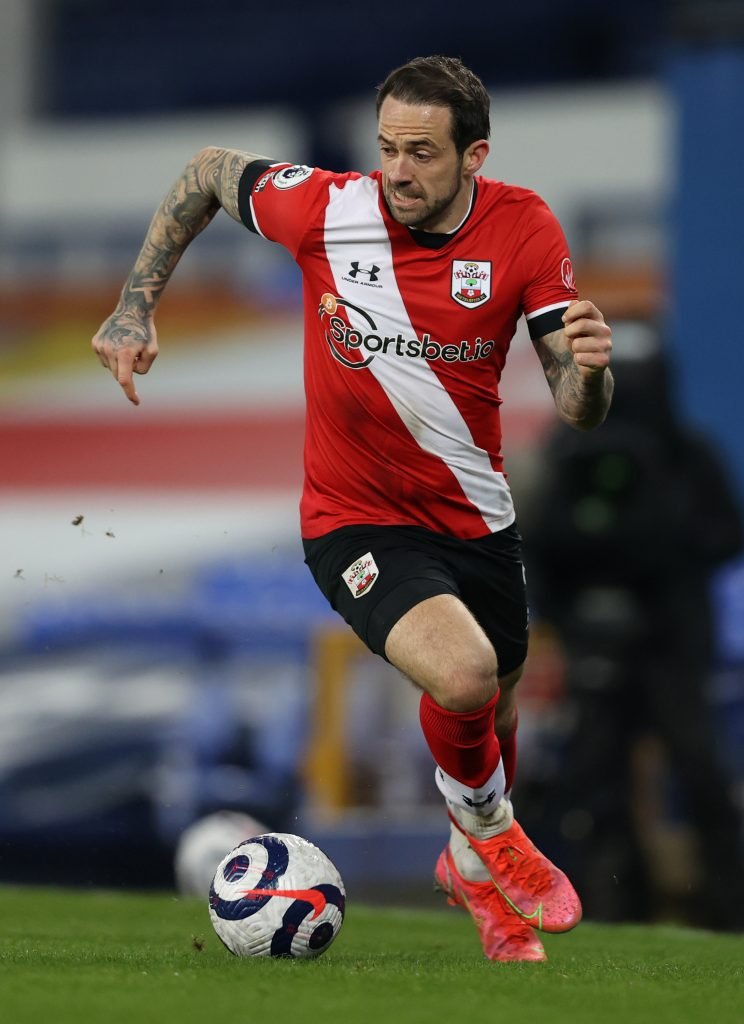 Ings was more involved than Adams, but the forward tried to do too much at times and ended up not taking advantage of getting into good positions on a couple of occasions. Southampton need more from him if they are to get back on track. 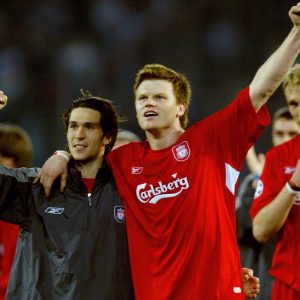 On this day: Liverpool beat Juventus on aggregate to reach Champions League semi-finals 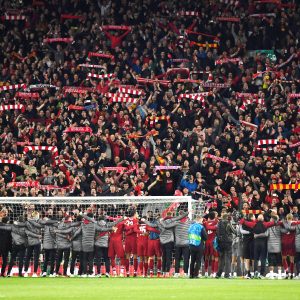 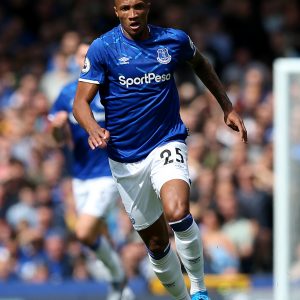 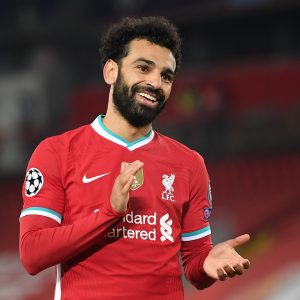 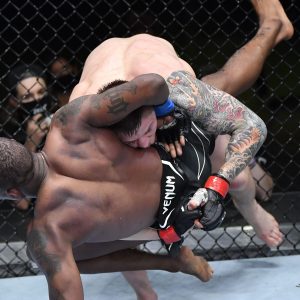