Southampton have joined AC Milan and Leicester City in considering a potential move for Bologna midfielder Mattias Svanberg, with the Serie A side reluctant to let him leave.

Ralph Hasenhuttl has suggested that the Saints will not be very busy in this month’s transfer window, but he has opened the door for potential additions who he thinks could be developed into long-term stars for the club.

Svanberg has been an important part of Bologna’s midfield for the last three seasons and he already has two goals and one assist in 10 starts this term (Sofascore). The 22-year-old’s form has earned him recognition at international level and he has been capped four times by Sweden so far (Transfermarkt).

The Saints are well-stocked for midfield talent, with summer signing Ibrahima Diallo pushing the excellent pairing of Oriol Romeu and James Ward-Prowse for regular game-time.

However, it has now emerged that Hasenhuttl could be keen to add to his midfield options by making a move for Svanberg this month. Both Leicester and AC Milan are also considering a move for the 22-year-old, but Bologna are maintaining a firm stance over him and are reluctant to sell, according to reliable journalist Gianluca Di Marzio.

Svanberg seems to be the right sort of profile of player that Southampton have been looking to sign over the last few transfer windows. The 22-year-old has showed plenty of potential with Bologna but there is still a lot of room for him to be developed into a genuinely top talent – which would appear to fit the profile of the players who Hasenhuttl has signed for the club.

However, Southampton already have Diallo as that type of player in midfield and he is currently having to bide his time to establish himself as a guaranteed starter. It is hard to imagine him being content with further comprising of his game-time with Svanberg if the Bologna man arrives at St Mary’s.

However, he has averaged 1.2 shots, 0.5 key passes and 0.8 interceptions per game for Bologna this term (Sofascore), with the former figure exceeding that of any central midfielder already at Southampton. With both AC Milan and Leicester interested, too, it could be at least worth having a go at signing him.

Would Mattias Svanberg be a good addition for the Saints? 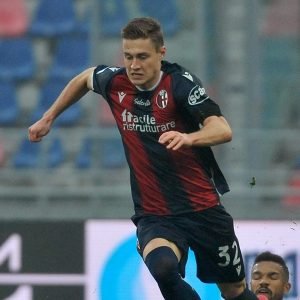 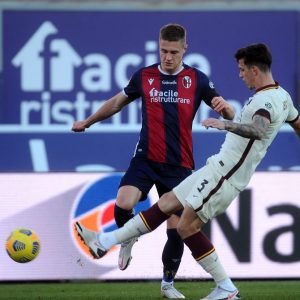