Southampton could be set to miss out on the January signing of Marseille winger Nemanja Radonjić, with the Serbian outlining his firm intentions to remain with the Ligue 1 side until at least the end of the season.

The Saints have been in the market to add to their wide options this month, with Nathan Redmond having had an injury setback already this season and Moussa Djenepo also suffering from hamstring issues. Ralph Hasenhuttl’s side have been linked with a potential move for Demarai Gray, but they are likely wait until the summer to sign the Leicester winger, according to The Sun.

Another option to emerge for the Saints is Radonjić, and alongside Premier League rivals West Ham, Southampton have been credited with an interest in the Serbia international, as reported by the Sunday Mirror (06/12/2020, p63) [via HITC]. The 24-year-old has not always been a guaranteed starter for Marseille so far this season and that has fuelled talk over his potential future.

However, speaking to Tuttomercatoweb, the winger has outlined his intention to remain with Marseille and fight for his place in the side until at least the summer. He also revealed that he has yet to received any firm interest from other clubs despite being aware of the speculation linking him with a move away.

He said: “I heard of this interest on the internet but I have no intention of leaving Olympique Marseille.

“I have not had contact with other clubs and I am sure I will stay here. I want to stay at least until the summer and I am happy that the coach has given me more space in the last few races.”

Radonjić has shown glimpses of his talent and ability throughout his career so far. During his 20 caps for Serbia, he has registered four goals, two of which came in the Euro 2020 qualification campaign and the other two in the UEFA Nations League (Transfermarkt). He seemingly has plenty to potentially offer the Saints in terms of an attacking threat.

However, the winger has struggled for consistency at times and that has seen him make just three starts in Ligue 1 so far this season. When he has featured, he has made an impact, averaging 0.7 shots, 0.6 key passes and 0.8 successful dribbles per game (Sofascore).

It seems that Southampton will have to keep monitoring his progress during the rest of the season, with Radonjic firmly addressing the rumours of an exit from Marseille. The Saints might decide that a move for someone like Gray, who is proven in the Premier League, is the better option for them.

Who would be the better addition for Southampton? 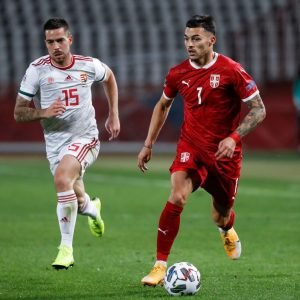 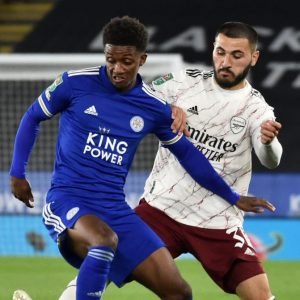