Southampton manager Ralph Hasenhuttl has suggested he has full faith in the ability of Ibrahima Diallo after it has taken time for the midfielder to break into the teamthis season, also revealing that it was not easy to secure his signature.

Diallo arrived at St Mary’s in the summer transfer window following a promising 2019/20 campaign with Ligue 1 side Brest, where he made 19 league appearances and averaged two tackles, 1.2 interceptions, and 1.4 successful dribbles per game (Sofascore). That form suggested that the 21-year-old had the necessary attributes to succeed in the Premier League.

The midfielder had to bide his time at the start of this season, with the form of Oriol Romeu and James Ward-Prowse vital in helping the Saints establish themselves towards the top of the Premier League table. However, Diallo has been handed the chance to impress in recent weeks, coming into the team for the goalless draw at Fulham on Boxing Day and the 1-0 win against Liverpool last week.

Speaking to the Daily Echo, Hasenhuttl heaped praise on the midfielder’s mentality and suggested that, whilst the 21-year-old was frustrated initially with his lack of involvement, he has shown he can be an important option in the Saints’ midfield. The manager also confessed that it was tough to persuade the player to make the move to St Mary’s in the first place, saying:

I think he is very professional and he is a little bit calm, but he is also aggressive. He doesn’t like to lose, he is definitely a winner. He knows exactly what he wants to do.

To convince him to come here was not so easy because he really asked questions, I must say, that I haven’t had so often as a manager trying to sign a new player.

He really wanted to know what we are about. I think everything we told him is exactly how he found it.

Diallo was a very good signing for the Saints and typical of their recent preference for unheralded gems from mainland Europe. In the climate where signing ready-made first team stars can elicit enormous fees, Hasenhuttl has instead concentrated on bringing in potential stars of the future to be developed under his tutelage.

The 21-year-old is still very raw in terms of his experience, but he delivered two very encouraging and mature displays against Fulham and Liverpool. In the win against the Premier League champions, he was able to control the game in the middle of the park, winning two tackles and averaging a 79% passing accuracy rate despite being heavily pressed when in possession (Sofascore).

There could be a tough decision to make for Hasenhuttl as to whether he should make Diallo a consistent starter now.

Do you think Ibrahima Diallo should be a main starter for Southampton now? 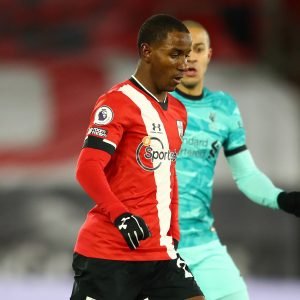 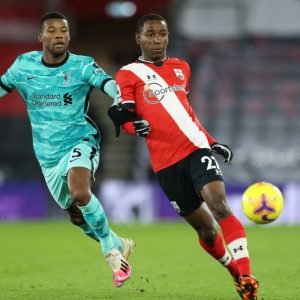