Southampton striker Shane Long has provided an honest assessment of his current situation at St Mary’s and admitted he has been frustrated by the lack of minutes he has had in the Premier League this season.

The experienced 81-cap Republic of Ireland international signed a new two-year deal in the summer to commit his future to the Saints. The 33-year-old decided to remain at St Mary’s despite only making 15 Premier League starts last term and 26 appearances in total, but he was always a valued member of Ralph Hasenhuttl’s squad and he still registered two goals and two assists (Sofascore).

However, so far this season, the Irishman has been limited to just one start and 10 Premier League appearances with both Che Adams and Danny Ings impressing. Hasenhuttl has even decided to use Theo Walcott up front instead of Long at times when Ings was out injured, leaving the 33-year-old averaging just 21 minutes per appearance (Sofascore).

Speaking to Southampton’s official website, Long revealed that he had been hoping for more regular game-time when he signed the new deal in the summer. However, he admitted that the form of the Saints and their other attacking options has made it easier to accept his role off the bench during the first half of the campaign. He said:

It’s not gone as I would’ve planned it. I wanted a lot more game time, because I felt like I did well last season when I came in, but then the lockdown happened, Ché [Adams] came in and he’s been firing on all cylinders.

Him and Danny [Ings] have got a good partnership up front and I’m coming to the end of my career now, so I know I’m going to have to sit on the bench and make an impact when I can, but I would’ve liked a bit more game time out on the pitch.

It has been frustrating, but at the same time it’s been brilliant being part of a team that’s doing so well in the league, pushing towards the top of the table and expecting big things from ourselves.

The self-belief is back in the squad again that we had under the [Ronald] Koeman era. It’s very much a case of being capable of producing an amazing season, and the lads are very confident of doing that.

I want to be as much a part of that as I can – selfishly I want more game time, but if it’s minutes off the bench every now and then and us finishing high up the table, I’d take that as well.

Long has been an excellent servant for the Saints throughout his lengthy spell at the club, scoring 35 goals in 223 appearances, and his tireless energy and high work rate still makes him a valuable option to call upon from the bench. However, he has not been productive enough in front of goal throughout his time at St Mary’s to suggest he could dislodge either Ings or Adams in their current form.

Hasenhuttl clearly sees the 33-year-old as more of an impact substitute to bring on nowadays, and Long seems to have been able to accept that role now even if has been frustrating for him at times. There is still no reason why he can not play a key part for them during the rest of the seaspm.

As he is entering the later part of his career, he might want to assess his future and whether he is content making the odd appearance from the bench, or whether he wants some guaranteed game-time elsewhere. His options will be limited by the new deal he signed, but given his lengthy service, the club are unlikely to stand in his way were he to ask to leave.

Do you think Shane Long still has a crucial part to play for the Saints? 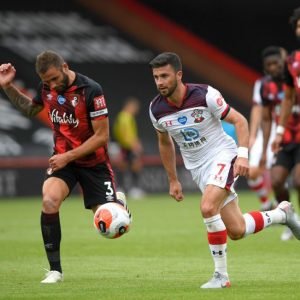 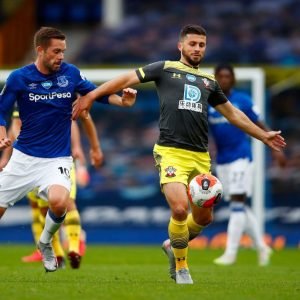