Southampton could have a huge decision to make regarding Fraser Forster’s future if Celtic opt to pursue a deal for Freddie Woodman.

Celtic have been linked with Woodman in the past and now the shot-stopper – as reported by Football Insider – wants to leave Newcastle.

Woodman is set to hold talks with Newcastle as he seeks an exit from St. James’ Park and Celtic could be a possible destination for him given their previous interest.

If Celtic do bring Woodman in and drop any interest in signing Forster permanently, it could leave the big Englishman in limbo heading into the 2020/21 campaign. So, what should Southampton do if it comes to this?

One solution could be to cut their losses on Angus Gunn and either loan him out or sell him and then have Forster and Alex McCarthy competing for the number one spot. Gunn has, unfortunately, been unable to build on his performances last season and lost his place to McCarthy early in the campaign.

Gunn has recorded a WhoScored rating of just 6.19, the third-lowest score in the squad, in 10 Premier League appearances. Forster, meanwhile, has a score of 6.88 in his seven Europa League games for Celtic and could be a better option for Southampton in the Premier League.

Forster could offer more competition for McCarthy’s place and, perhaps, even take the number one shirt back at St. Mary’s. He has produced some excellent performances for Celtic, as shown by his ratings, and made some huge saves to keep them in games at times. This way, Southampton could potentially upgrade an area of their team and make money by cashing in on Gunn, assuming another club is willing to make an offer for him.

Should Hasenhuttl give Forster a chance? 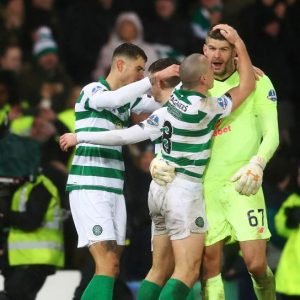 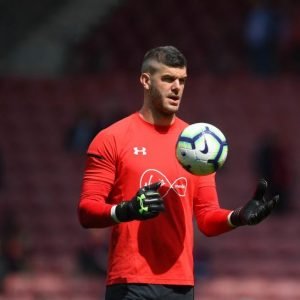