How much do you know about current Southampton manager Ralph Hasenhuttl?

The Austrian boss was appointed as Southampton’s official head coach in December 2018 after Mark Hughes was sacked following a poor run of form in the Premier League.

Southampton are currently 14th in the table this season and look set for a comfortable end to the campaign when the final nine matches are eventually played.

To help you know a little bit more about Saints’ head coach, here are some interesting facts about his playing and managerial career that you may not have known!

Hasenhuttl was a target man centre-forward during his playing days. The 6ft 3 striker scored 119 league goals throughout his career, finishing at Bayern Munich’s reserve side in 2004 after two years with the German giants.

He was also an Austrian international, showing the level he managed to get to in his career. Hasenhuttl made his debut for his country in 1988 before going on to score three goals in eight appearances for Austria – a solid return from the striker.

After starting his career in his home country of Austria, Hasenhuttl spent two years in Belgium playing for Mechelen and Lierse, scoring 12 goals in 49 games.

FC Koln paid £200k to sign Hasenhuttl from Lierse in 1998, although he was only able to score three times in 41 league appearances.

Hasenhuttl earned his first job as a manager just three years after he retired from football, taking over at SPVGG Unterhaching in 2007.

He contracted a Hantavirus infection whilst at Aalen in 2012, but was still able to finish the season before resigning in June 2013 – despite it being a potentially fatal infection.

Hasenhuttl’s managerial career really took off when he joined Ingolstadt in October 2013. He managed to take Ingolstadt from a side fighting at the bottom of the 2. Bundesliga and win the title with them, earning promotion to the top-flight for the first-ever time.

In May 2016, Hasenhuttl landed a huge job at RB Leipzig in the Bundesliga, who were investing heavily in their squad. He led them to second in the Bundesliga before finishing sixth in his second year, with Hasenhuttl opting to resign from his position in May 2018.

This then led Hasenhuttl to Southampton, where – of course – he is currently managing in the Premier League.

Have you enjoyed Hasenhuttl's tenure so far? 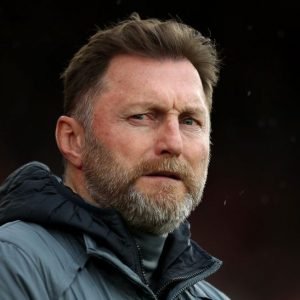 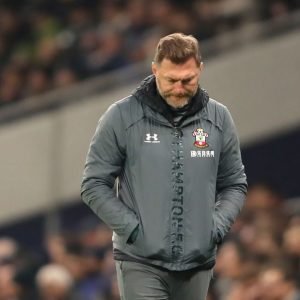