Leicester have joined Tottenham in the race to land Southampton midfielder Pierre-Emile Hojbjerg this summer, and the Saints could be best off cashing in.

According to the printed edition of the Mirror, as transcribed by HITC, Leicester are now interested in a deal for Hojbjerg in the next transfer window, with the midfielder also being one of Tottenham’s top targets.

With this added interest in Hojbjerg’s services it could be the perfect time for Southampton to cash in and sell their captain. With Tottenham and Leicester now reportedly keen on signing him, Southampton could have an auction on their hands in the summer.

This could help to drive the price up and get Southampton an excellent deal for the midfielder. Hojbjerg will only have 12 months left on his Saints contract in the summer, so driving his price tag up by creating an auction could be the perfect situation for the club. This is a positive because it could allow them to sell him for a higher fee than they could if only one club was interested in him and Southampton had less negotiating power.

Selling Hojbjerg could also give more minutes to talented academy graduate Will Smallbone. He has started the last two Premier League matches, with Ward-Prowse being moved to right-back, but the departure of Hojbjerg could open up more opportunities in the first-team for him going forward and aid his development. 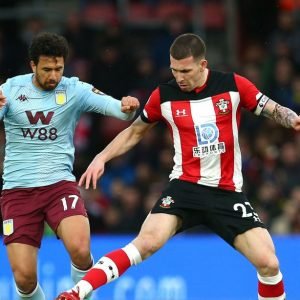 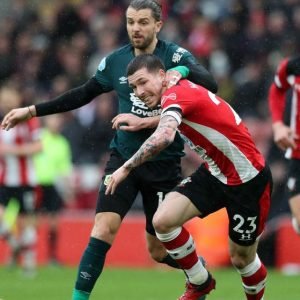