West Ham midfielder Mark Noble says that individual errors and losing points from winning positions has been the club’s downfall this season.

The Hammers host Southampton at St. Mary’s this weekend and Noble has emphasised the need for West Ham to stay in front when they take the lead.

This comes after West Ham had a 2-1 lead against Liverpool on Monday night and ended up losing 3-2.

Definitely this season individual errors have cost us a lot of points. The team has lost more points than anyone else from winning positions.

We’ve been in the lead so much and if we had managed to stay in the lead in the games we’ve led in, we’d be fourth or fifth in the league.

This suggests that, if West Ham do take the lead on Saturday, the Saints need to press them quickly. If David Moyes’ go in front, Ralph Hasenhuttl should get his team fired up and ready to pile the pressure on instantly.

This is because the West Ham defence has already crumbled many times, as shown by the stat, this season upon taking the lead and Southampton imposing themselves on the game could cause panic.

However, it would – of course – be better for Southampton to not go 1-0 down in the first place. After a strong 2-0 win over Aston Villa last weekend, the Saints could look to push into the top half of the table with three points against West Ham this weekend.

And with the Hammers in the bottom three, Southampton could have a great chance to compile misery onto their hosts whilst boosting their own ambitions in the Premier League.

Are you confident heading into this game? 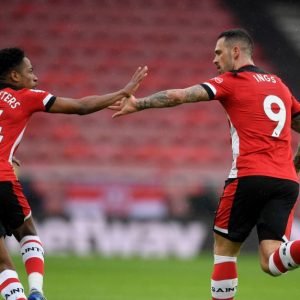 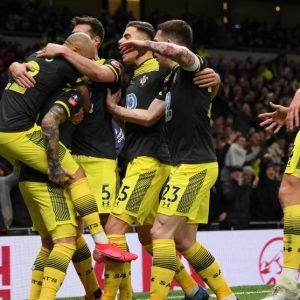