Former Leeds midfielder Michael Brown has claimed that the club agreed a £19m deal to sign Che Adams in January.

Brown says that Leeds agreed a £17m fee with Southampton, but were then told to up the price to £19m. However, Southampton manager Ralph Hasenhuttl blocked the move and decided to keep Adams at St. Mary’s.

Che Adams was agreed, I think at £17million, then Southampton said, ‘can you increase that bid’?

Adams wanted to go [to Leeds], then the price went up £2million more. Leeds met that, it was agreed [at £19m], and then the Southampton manager stepped in and said, ‘Do you know what? I want to keep him’.

Adams had contributed to the team, the manager got stronger at Southampton, regarding their results, and Adams obviously stayed where he was so Leeds probably missed out on that nine that they wanted.

Adams repaid some of the faith Hasenhuttl showed in him at the weekend as he produced an excellent assist for Stuart Armstrong’s goal.

The forward held the ball up brilliantly before spinning and firing a perfect through ball for Armstrong to race onto and score, with Villa goalkeeper Pepe Reina out of his goal.

This showed that Adams still has something to offer at Southampton and that Hasenhuttl was right to keep him at the club. Whilst Leeds were clearly very keen on him, judging from Brown’s comments, Hasenhuttl decided that it would be better for Southampton if he stayed – with his recent displays showing that the manager was right.

Adams is still only 23 and is in his first-ever top-flight campaign. He is inexperienced and still learning as he goes, with Hasenhuttl possibly feeling that he can help coach the forward into being a success at Southampton.

Hopefully, he will be able to score his first goal for the club before the end of the season and then really kick on in a Saints shirt. 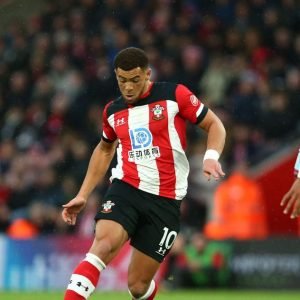 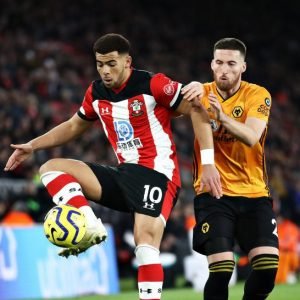