Southampton goalkeeper Fraser Forster is reportedly willing to take a pay cut in order to seal a permanent move to Celtic in the summer.

According to Carl Anka of The Athletic, Forster is prepared to drop his wage demands in order to stay in Scotland beyond the end of the season.

Forster is currently on loan to Celtic from Southampton until the end of the campaign but is keen to complete a permanent transfer away from St. Mary’s.

Whilst Forster has impressed in Scotland, recording a WhoScored rating in Europe of 7.14, Southampton already have a solid number one between the stick. Alex McCarthy has been reliable in goal for Southampton this season and has kept four clean sheets in his last 10 Premier League appearances.

McCarthy’s performances show that Southampton are not in need of a new goalkeeper, due to his excellent saves and ability to command his area. His reactions are superb and he has made a number of eye-catching stops to keep Southampton in games at times, leaving Angus Gunn on the bench for the last 17 matches. This was shown against Villa at the weekend, as he made a crucial stop from Trezeguet in the second half to keep Southampton in the lead, whilst also dealing with several crosses into the box with ease – recording a WhoScored rating of 7.59 for his performance.

This means that allowing Forster to join Celtic might not be a huge blow for the Saints. The fact he is willing to drop his wages also shows that he wants to join Celtic permanently and keeping him at the club when Gunn and McCarthy are already at St. Mary’s could make the goalkeeping situation too complicated for Ralph Hasenhuttl to deal with. He could have three England internationals, with only one able to play each week in the Premier League – making it potentially difficult to keep them all happy.

This means that letting 6ft 7 giant go could be a good decision from Southampton, as it allows Forster to get his wish and the club can get rid of a player who may not have much impact on the first-team in the Premier League due to McCarthy’s form. 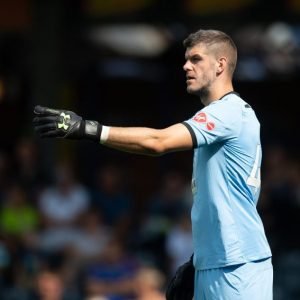 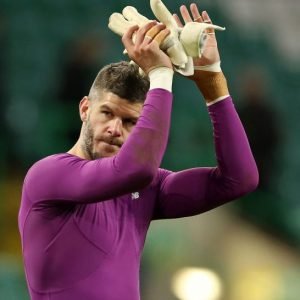