Southampton host Aston Villa at St. Mary’s this weekend as they look to bounce back from their 2-1 defeat to Burnley last Saturday.

Their chances of picking up a win against Villa, however, could be dented by the return of defender Tyrone Mings. The England international missed Villa’s defeat to Tottenham, but is poised to be fit to face Southampton.

Yes, he should be (back for Southampton). He came in yesterday morning and wasn’t feeling well. I thought he’d be OK to play, though, so I didn’t name the team until I found out how he was today.

Bjorn Engels started in Mings’ place against Spurs at the weekend and made two huge mistakes to cost Villa the result. Despite also scoring in the game, Engels gave away a penalty and lost control of the ball in stoppage time to help Spurs seal the win.

Steven Bergwijn beat Engels for pace in the box to win a penalty in the first half, with VAR overturning the on-field referee’s initial non-penalty call. Engels slid in from the side of Bergwijn and completely missed the ball, bringing down the forward and allowing Son to score the rebound from his penalty.

He then let Villa down deep into added time at the end of the game. A long ball was played straight to Engels’ feet, only for him to allow the ball to slip under his studs, allowin Son to go through on goal to slot past Pepe Reina to win the game for Spurs.

Mings could now be in line to take his place and return to the starting line-up, which could damage Southampton’s chances of winning the match.

This season in the Premier League, Mings has averaged more blocks and clearances per game than Engels, suggesting that he could add more defensive steel to Villa’s defence.

Who is the better defender? 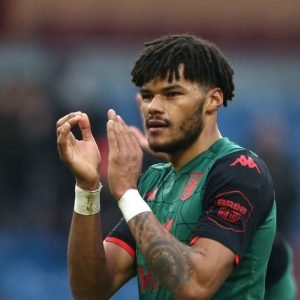 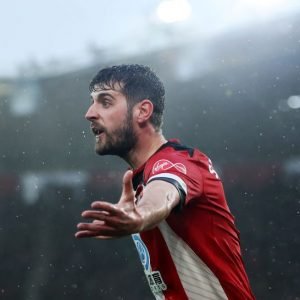