The forward is out of contract at the end of the season, but Football Insider have reported that the club has already agreed an extension with him.

Hasenhuttl, however, says that he will not discuss anything until Southampton hit 36 points in the Premier League. He wants to remain focussed on the team, rather than on individuals, speaking to The Athletic’s Carl Anka.

Twitter: “The message is always the same about 36 points”

“Its a good message to focus on our game and our performance.”

First of all, the reported new contract for Long could be a shrewd piece of business from Southampton. Long, despite his age, has been excellent in recent weeks for the Saints and has been showing that he has what it takes to continue to compete at this level. He has scored two goals in his last four games and has been a constant menace to opposition defences with his tireless running and clever movement in behind to create space for his teammates.

As for Hasenhuttl’s comments, it is clever from the Austrian to focus on the team and try to avoid focussing on individuals. Southampton are not safe from relegation yet, although they are seven points clear with 13 games to play, and they cannot afford to slip back into a battle at the bottom of the table. Hasenhuttl appears to be doing his best to avoid any complacency and could shelve any contract talks until safety is officially confirmed or when they reach his target of 36 points in the Premier League.

The hope will be that this will allow the squad to focus solely on their quest for Premier League survival, rather than letting their mind drift off into the future.

Does Long deserve a new deal? 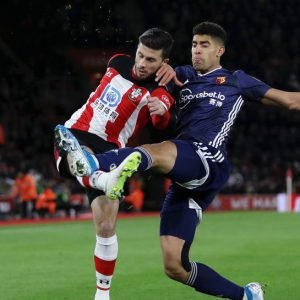 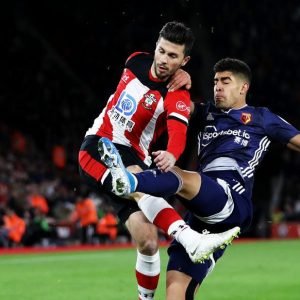