Going into this season, there were lots of questions about various Southampton positions: Will our strikers get enough goals? Does the midfield have enough creativity? Will the defence show signs of improvement that is desperately needed?

But there were few question marks over the goalkeeping position after Angus Gunn was made number one midway through last season.

However, a catalogue of errors over recent weeks has left Saints fans voicing their concerns over Gunn, and debating whether there is a better option on the bench in Alex McCarthy.

We’re going to take a look at both of the Saints ‘keepers who are vying for one position and determine who we think is more deserving of another chance.

Southampton signed Alex McCarthy in the summer of 2016 from Crystal Palace for an undisclosed fee.

McCarthy was brought in as a backup to Fraser Forster for Claude Puel’s side following the retirement of Kelvin Davis.

It was a decent start to the season for Forster, who kept five successive clean sheets in all competitions from mid-September and was also being tipped for the number one England jersey.

However, the goalkeeper suffered a sudden loss in form and confidence, including a horrific miskick against Crystal Palace in December that gifted Christian Benteke an easy opportunity to open the scoring in a 3–0 win.

Forster also featured in Saints’ 4-1 defeat at home to Spurs at the end of 2016, and it was noted his save-to-shot ratio was the worst amongst Premier League goalkeepers for the season to date.

Despite this, McCarthy had to remain patient for the remainder of the season with Forster producing a couple of impressive performances including a man-of-the-match display in a 0-0 draw at Anfield.

Forster remained the number one for the start of the 2017/18 season, but his indifferent form continued, now under Mauricio Pellegrino.

He made preventable mistakes against Manchester United, Newcastle and Brighton, which cost his side crucial points, but Pellegrino stood by his man and showed no signs of dropping him.

The manager eventually had little choice, though, with Forster’s last game coming in a poor 5-2 defeat to Spurs on Boxing Day. 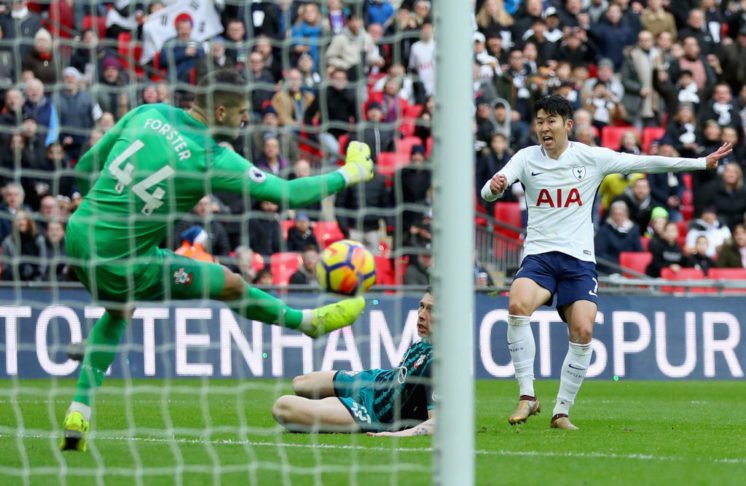 McCarthy was finally given his chance after a year and a half at the club and made his mark straight away with a clean sheet in a 0-0 draw at Old Trafford.

He then kept his place in goal for the remainder of the season, with one of his best performances coming in a 2-1 win at West Brom in the FA Cup, a competition that Saints eventually reached the semi-final in.

McCarthy’s impact was so evident that he won the Southampton Player of the Season award despite only featuring for half of the season.

His shot-stopping prowess played a big part in Southampton securing their Premier League survival under Mark Hughes, as he made a couple of vital saves in the relegation shoot-out win against Swansea.

It was, therefore, somewhat surprising when Southampton signed another English goalkeeper in Angus Gunn in the summer of 2018 for £13.5 million from Manchester City.

The main complaint from Saints fans was that the club already had a more than competent goalkeeper and that the money could have been spent elsewhere to improve the team.

This pushed Forster down the pecking order even further, but it wasn’t yet clear whether the former England Under-21 keeper would replace McCarthy as the number one. 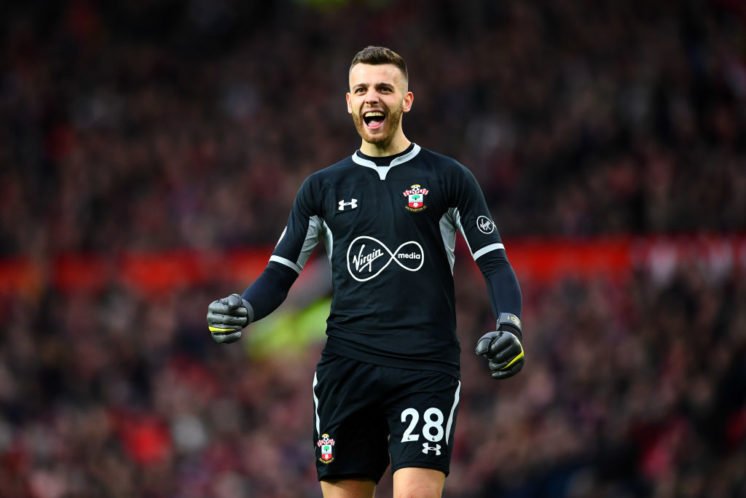 As it turned out, McCarthy kept his place in between the sticks, and deservedly so, following his impressive form the previous campaign.

However, he now had competition in the young Gunn, who was presumably bought as one for the future.

Gunn made his debut and kept a clean sheet in a Carabao Cup win at Brighton in August, although Mark Hughes kept with McCarthy for the league games.

Hughes was soon sacked and replaced by Ralph Hasenhuttl in early December, which meant there was now a clean slate for both goalkeepers and a new man to impress.

The Austrian stayed loyal to McCarthy and played him for his first five games in charge, a spell where Saints conceded nine goals.

Although it would’ve been harsh to apportion much blame for any of those goals on McCarthy’s door, there seemed to be a new-found hesitation, and he also allowed some shots to get past him without too much effort in making a save.

Gunn came in for his Premier League debut and couldn’t have asked for a better start after claiming the man-of-the-match award in a 0-0 draw at Chelsea, a similar story to McCarthy’s first game the previous season.

It appeared that Hasenhuttl wasn’t too sure on his number one as McCarthy was back in for the next five league games before being dropped once more for Gunn, whose first game back was a 2-0 defeat at Arsenal. 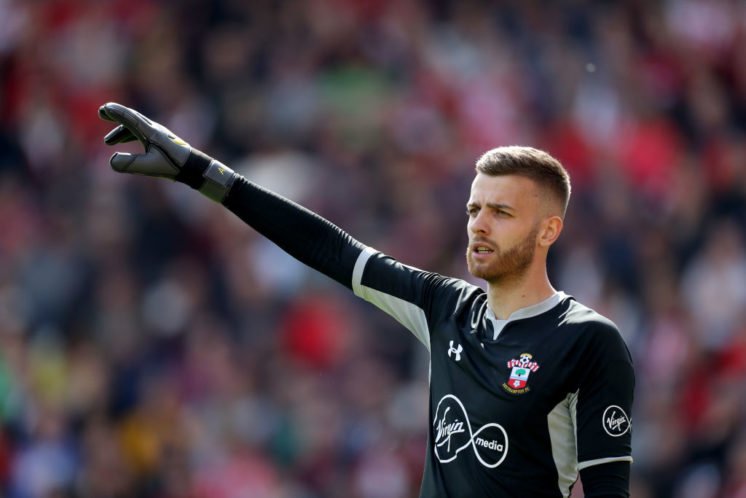 Gunn then finished the season as number one and produced a couple of impressive performances to repay the faith shown in him.

This current season has also seen Gunn remain as the first-choice goalkeeper, but the 23-year old is now under much more pressure after some poor mistakes.

He started the campaign poorly after letting in three against Burnley, one of which was very preventable.

He then put in a better showing against Liverpool and made a string of decent saves to keep his side in the match.

His next three games included two clean sheets against Brighton and Sheffield United as well as preventing Manchester United from winning the game at St Mary’s by producing some more impressive stops.

However, his recent three games have been woeful; it started with a howler at the end of the Bournemouth defeat.

He then conceded the Spurs opener that appeared to be hit straight at him, which gave Saints a mountain to climb before another mistake against Chelsea last time out, which was all too similar to that of his blunder against Bournemouth.

Meanwhile, Alex McCarthy has played in both Carabao Cup wins against Fulham and Portsmouth and kept two clean sheets. 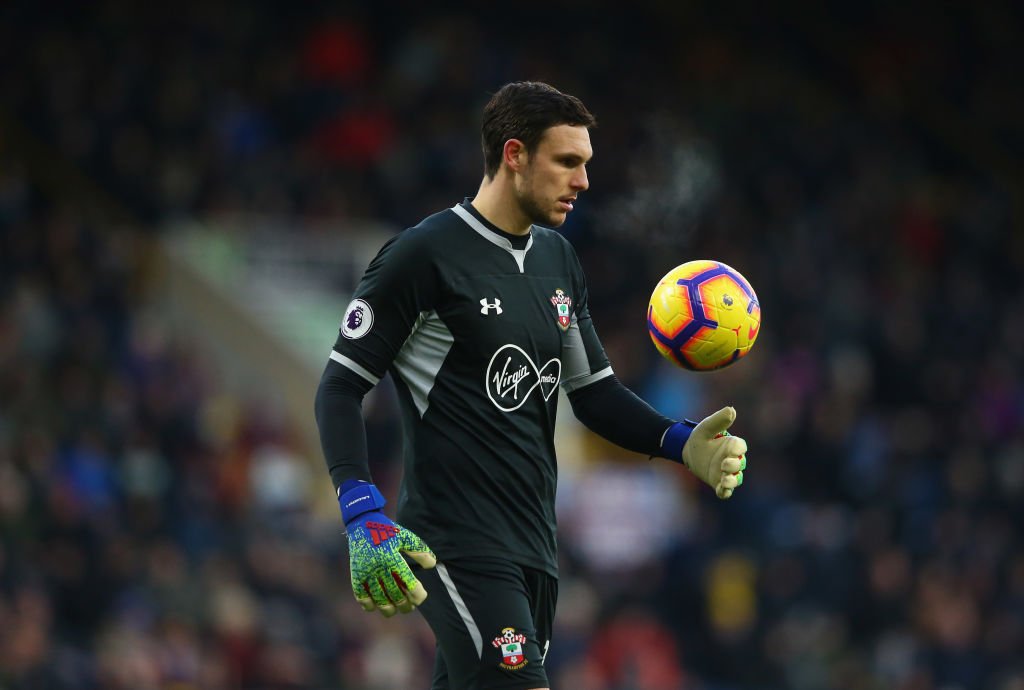 Although he had little to do at Craven Cottage, the 29-year old received a fair amount of plaudits at Fratton Park in a performance that left fans feeling that he should be back in the first team.

It will be interesting to see what Hasenhuttl opts to do after the international break as Gunn has contributed to the side dropping points recently and that can’t continue for too much longer.

For me, McCarthy was always slightly unfortunate to have been dropped, but I can see that Gunn is viewed as the one for the future and a player who can be our goalkeeper for many years to come.

I also believe that McCarthy has slightly better distribution and when on form, he can provide the defence with the assurance that they desperately need; although, that will come with experience for Gunn.

It may be a sensible decision to take Gunn out of the firing line and for him to regain his confidence ahead of a crucial run of fixtures for Southampton.

Who is Southampton's best goalkeeper? 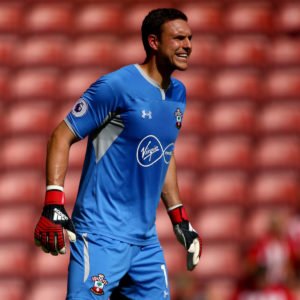 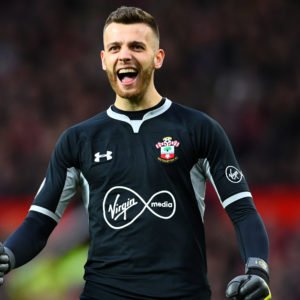