Southampton host Liverpool this weekend as they hope to make amends for their 3-0 opening day defeat to Burnley.

Saints have struggled against Jurgen Klopp’s side in the past couple of seasons, losing their last four against the Reds with an aggregate score of 11-1.

However, there have been lots of fond memories of this fixture from a Saints perspective since returning to the Premier League in 2012.

There is a feeling that Ralph Hasenhuttl’s side could cause an upset on Saturday afternoon following Liverpool’s Super Cup win, which involved playing 120 minutes of football less than three days before kick-off.

Liverpool may also have a goalkeeping crisis for this clash, with Alisson definitely ruled out, while Adrian’s condition is touch and go. This means that Southampton could face 35-year old Andy Lonergan in between the sticks for the visitors.

We’ve taken a look down memory lane for Southampton’s last five wins against Liverpool, with the hope that this current crop of players will try and replicate them: 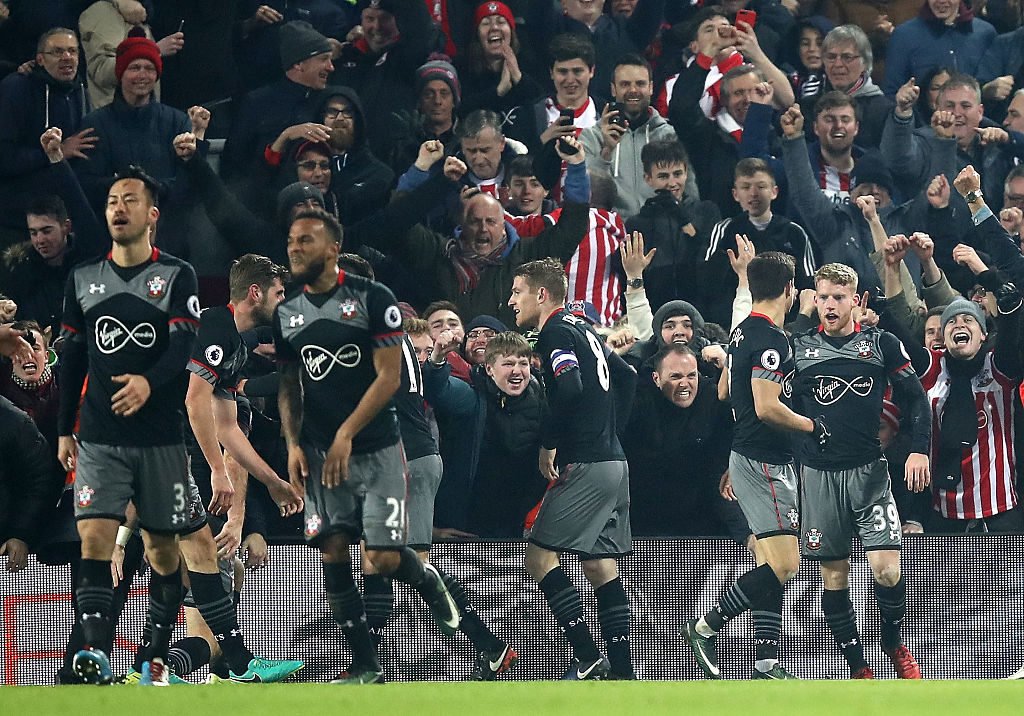 Southampton’s last win over the Reds was one of their most memorable.

Saints were holding a 1-0 advantage from the first leg of the League Cup semi-final and had Wembley in their sights.

Claude Puel’s men were the better team for much of this match, but Liverpool were starting to put the pressure on late in the day.

However, Josh Sims broke with the ball before finding Shane Long, who fired Southampton into the final of the League Cup.

Saints would eventually cruelly lose to Manchester United in the final 3-2 after Manolo Gabbiadini saw a goal wrongly ruled out for offside when the score was still 0-0. 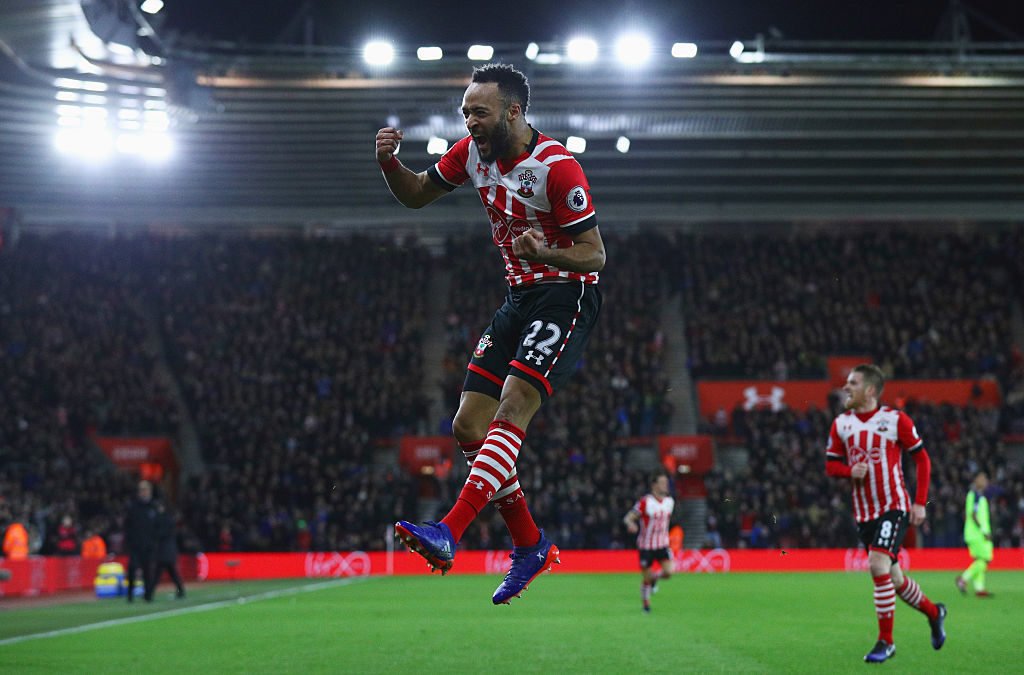 Speaking of that first leg, this was the first of two wins in two weeks against the Reds that would send Southampton to Wembley.

At the time, there was a feeling that Saints didn’t make the most of their superiority and that a one-goal advantage didn’t do them justice.

However, it proved to be enough after securing a 2-0 win on aggregate following the second leg. 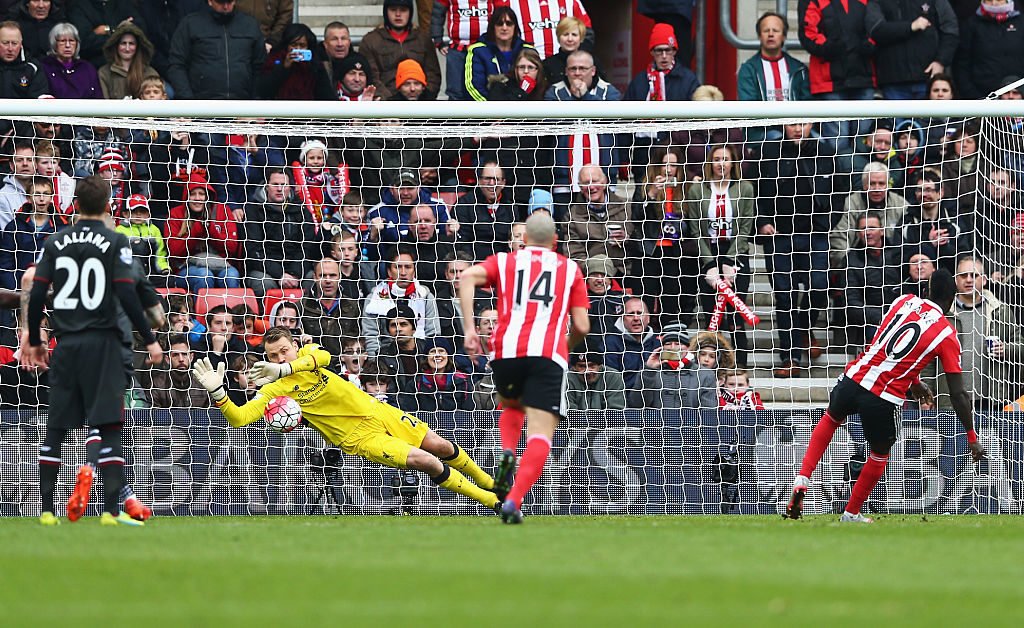 What a game this was!

With Southampton needing as many points as possible to qualify for the Europa League, this win proved vital in finishing sixth come the end of the season.

Liverpool raced into a 2-0 lead at St Mary’s thanks to goals from Philippe Coutinho and Daniel Sturridge. Sadio Mane then missed a penalty after half-time.

However, Saints put that behind them and completed a remarkable turnaround. Mane got the first just after the hour mark before Graziano Pelle’s curling shot restored parity in the 83rd minute.

Mane then concluded his roller-coaster afternoon by scoring the winner late on as Saints moved three points above Liverpool in the table. 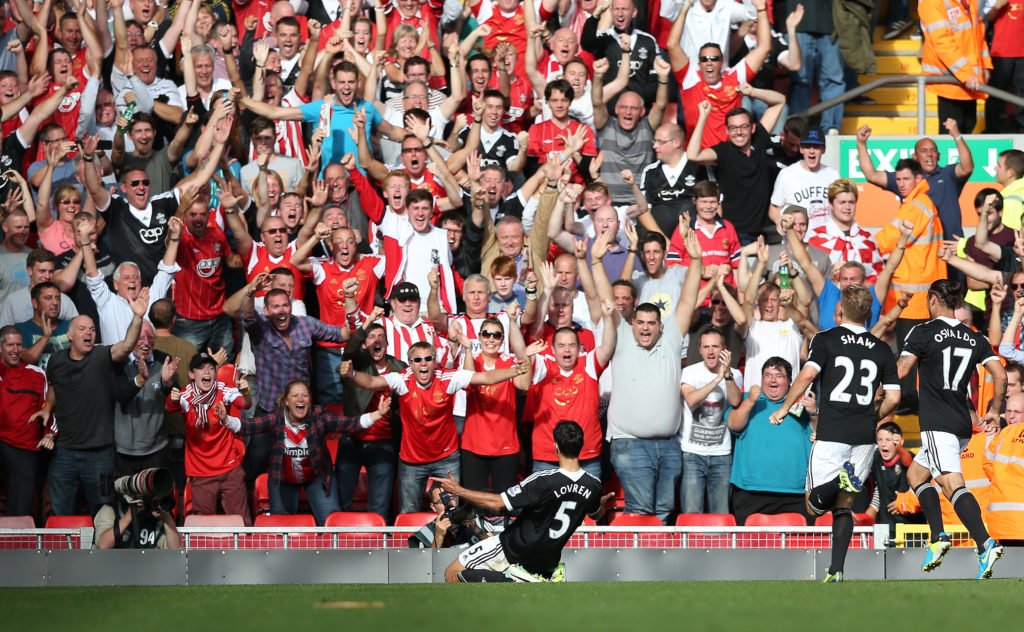 The second win of the five that came at Anfield was scored by a player who eventually went on to join the Reds.

Dejan Lovren headed Southampton in front early in the second half after he outmuscled Daniel Agger from a corner.

Liverpool were the early pacesetters that season before Southampton put a dent in their aspirations. After Brendan Rodgers’ side missed out on the title by two points, this may have been vital in the race for Premier League glory. 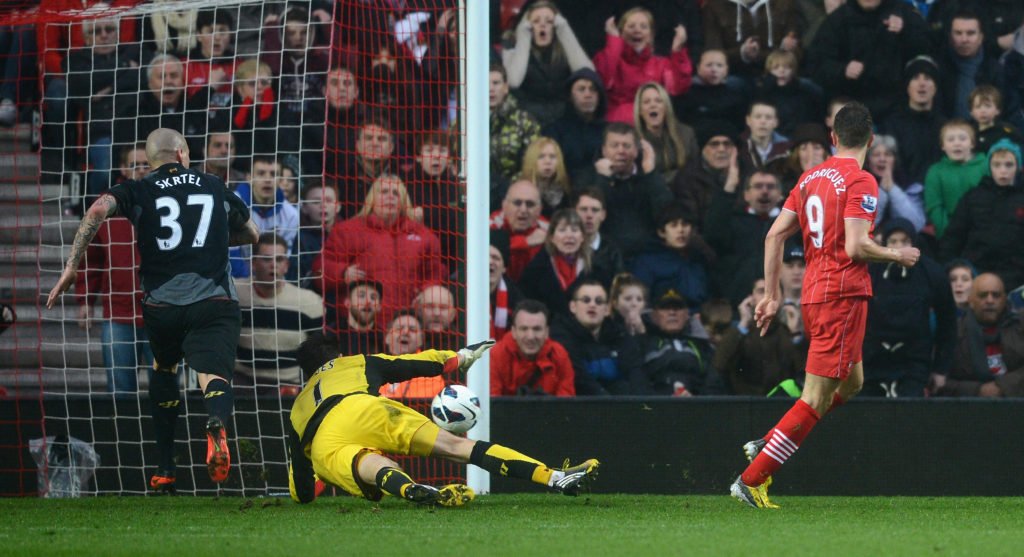 In the time between this win and the one in September, Liverpool were unbeaten in the league, which made both of these victories all the more impressive.

Mauricio Pochettino’s side stormed ahead when Jay Rodriguez nodded down for Morgan Schneiderlin to steer in a shot.

But Rodriguez completed a home win when he side-footed in after his initial shot was saved by Brad Jones.

These three points helped Southampton in their fight against relegation before finishing the season in 14th.